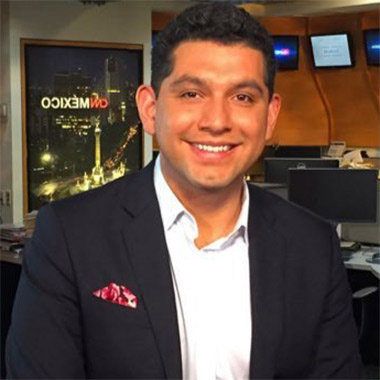 Nick Valencia is a journalist of CNN, who has been serving ESPN as a national Correspondent and has been appearing on HLN, CNN International & CNN en Espanol. He has also been serving CNN, filing reports for CNN.com. He currently serves the network from its world headquarters in Atlanta, Georgia.

Born in Los Angeles, he spent most of the time of his childhood days in Los Angeles. He completed his high school education from his hometown. Having passion in journalism, he joined the University of Southern California in 2001 and graduated in Broadcast Journalism, Journalism, Politics, Spanish in 2005. During his university days, he made a documentary for the National Champion USC football team. He is fluent in Spanish.

During his tenure at CNN, he has covered from various dangerous places. He has been to Mexican drug cartel bar in Tijuana and Ciudad Juarez, which are considered as the deadliest city in the world, to cover drug war. CNN won the award for the coverage of the 2008 U.S. Presidential Election, the Arab Spring, and 2010 Gulf Oil Spill, which was reported by Nick Valencia. Similarly, he has covered some of the biggest breaking news including coverage of the Baltimore insurgency after the death of Freddie Gray, the prison escape of Joaquin “El Chapo”, world most notorious drug trafficker. He was the first American journalist to reach inside the Tunnel used by Chapo to escape. While covering the stories, Valencia has been trying to the cover the story about Latinos issues in the United States and he is more concerned about the problems that Latinos have been facing in U.S.

He began his career from NAHJ where he held the position of Atlanta President. He served in the position for three years before he became a reporter for CNN in 2013. He served CNN as a reporter for less than a year. Since 2008, he has been serving CNN as weekend Correspondent & National Desk Editor based on the Great Atlanta Area.

Recognizing his contribution to journalism, he has been named as one of the most influential Latino journalists in the United States of America and he is one of the “Top 50 Latinos” to follow on Twitter. In 2014, for his breaking news reporting, Atlanta Press Club nominated him as “Broadcast TV Reporter of the year”. He was also a recipient of “Si Se Puede Excellence in Leadership Award.  Valencia has been serving National Association of Hispanic Journalists (NAHJ) as an active member for several years and also held the position of president of Atlanta Chapter.

He currently resides in Atlanta, Georgia and being a successful journalist he has been living a prestigious life. Valencia is active on twitter and Instagram and to get more information and CNN’s official website has written about his professional life and career in more details.