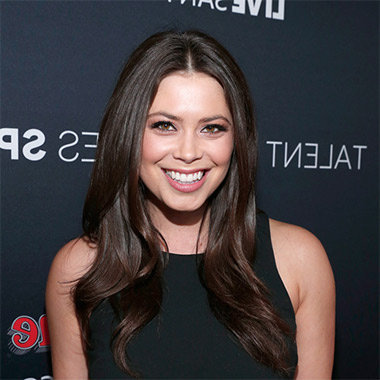 Born on May 26, 1987, Alex Curry represents herself as a TV personality and has been known as the host of the show “Angels Weekly”. With her unique presentation style and attractive personality, she has been able to establish herself as the young and brightest star in the Industry. She has also been hosting the Kings Live on Fox Sports West, E! News Now and has been serving NBC as the sideline reporter for the Red Bull signature Series and the Pro Beach Volleyball series.

Early life and journey to television

Born and raised in Southern California, she completed her high school education from her hometown and during her high school she was trained as an actor and studied musical theater. She also appeared in various school plays. She attended San Diego State University and earned BA in Journalism Media Studies with minor in marketing. At the same, she also attended many film studies classes and started to work behind the scenes for Fuel TV and Joe Lewis Production Company. During her university days, she also appeared on various sports events as a soccer player and led her team to become an NIRSA National Champion in 2006. After completing her graduate study, she started to work as a host on Fuel TV Download and appeared as a field PA on “Last Call with Carson Daly”.

At the same time, she also served NBC sports as a sideline reporter covering the Pro Beach Volleyball Series. During her tenure in NBC, she traveled the world to cover Red Bull Signature series for NBC. She also hosted Tailgate 48 on the Big 10 Network. During 2012-2013 NHL season, she worked as the social media and feature reporter for the Kings pre-game show and next year she appeared as the reporter of the Kings game and the host of Kings Weekly. Similarly, she also experiences working as host and writer for SWOOP magazine, co-host of Inside Alli Sports, Executive Producer, host & writer for Game Changers and as Host of E1 Entertainment Television.

Besides her professional career, she prefers to spend her leisure time at the beach. She is health conscious and she has been practicing yoga regularly for several years. With a healthy diet and regular exercise, she has been able to maintain her body physique well. Alex Curry is considered as one of the hottest and sexiest journalists in the industry, her pictures in bikini are very popular among the collection of the hottest journalist. With blue eyes and long silky hair, she has been able to attract many men towards her but there is no any information about her marital status and relationships. She might have been in several relationships but she has hidden it from media.Besides her busy schedule, she gives time to social networking sites as well. She is active on facebook, Instagram, and twitter. Detail about her professional life and career has been published on her official website and other biography websites such as imdb.com.