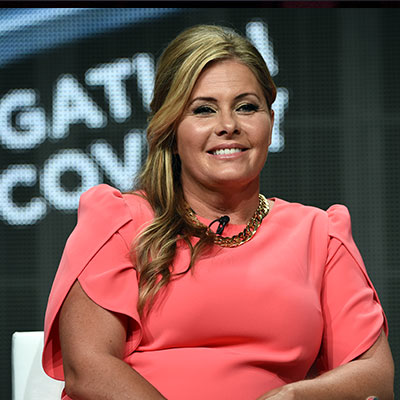 Nicole Elizabeth Eggert is a renowned American actress who is better known for portraying a role of Jamie Powell in the comedy sitcom Charles in Charge and on the action drama series, Baywatch.

Talking about this talented woman’s personal life, she has been in the multiple relationships including, Aaron Paul, Eric Etebari, Corey Haim, DJ Lethal, Scott Baio, Jeremy Jackson and so on. However, their relationship was only meant for a certain period of time.

Well in today’s session, we will be revealing about his detail personal life comprising, early life, career, salary, net worth and many more. Stay with us

Nicole Eggert was born on 13th January 1972, in Glendale, California, to Rolf Eggert, father, and Gina Eggert, mother. Her mother is a British-born talent agent whereas her father was a German-born canning company executive.

Eggert has a sister, April Eggert. Regarding her nationality and ethnicity, she is a white American.

Charles in Charge actress, Nicole Eggert made an onscreen appearance at her early age. Besides, at the age of five, she became Miss Universe in the petite Division. She landed her first onscreen role in the movie Rich and famous opposite Jacqueline Bisset where she portrayed a role as Bergen’s character’s young daughter.

Prior to that, she had a minor role in the television films, When Hell was in Session and When She was Bad.

Eggert then appeared in the numerous television series and films including, Fantasy Island, T.J Hooker, Who’s the Boss? Annihilator, Blow Away, Melissa, the Price of Kissing, Bartender and so on. But, she rose to fame after appearing in the series, Charles in Charge and Baywatch.

Gorgeous and talented actress, Nicole Eggert is a married woman. She was previously married to actor Justin Herwick in 2000 with whom she has a daughter Dilyn Elizabeth Eggert. However, the couple separated after living two years together.

Prior to Justin, she was in the multiple relationships. She dated several personalities including DJ Lethal, Scott Baio, Eric Etebari, Aaron Paul, and Jeremy Jackson. Not only that, she was engaged to a Canadian actor, Corey Haim. But their relationship could not last for a longer period.

Nicole Eggert welcomed her second daughter, Keegan Eggert in 2011. However, the father of a child is still unknown. Currently, her relationship status is single. She has not involved in any love affairs and neither there are rumors about her relationship spread in the air.

Besides, Nicole appears to be working on her upcoming projects.

Nicole Eggert earns a good sum of money in her career. She has appeared in the multiple television series and films from where she has accumulated a decent amount of money. Her several movies and tv series are successfully through which she earned wide recognition and fame as well as a good sum of money.

Allocating information from several sources as of 2018, it is found out that her current net worth is  estimated to be around a million of dollars.