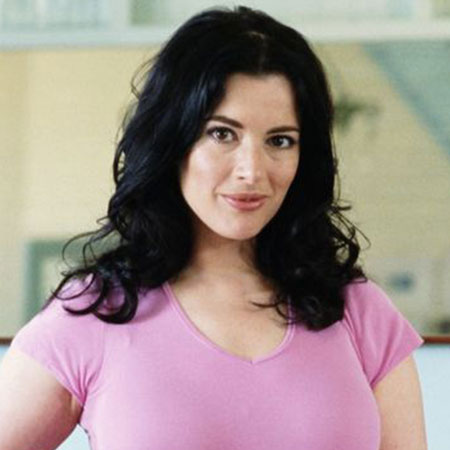 Nigella Lucy Lawson is an English journalist, television personality, broadcaster, food writer, and gourmet. She is the daughter of Vanessa  Lawson, whose family owned and runs the J. Lyons and Co. food and catering business, and Nigel Lawson, a former Chancellor of the Exchequer.

Nigella was born on January 6, 1960, in Wandsworth, London, England. Her birth name is Nigella, Lucy Lawson. She was born to Nigel Lawson and Vanessa Saloman. Her grandmother suggested her name. In 1980 her parents got divorced and her father got married to Therese Maclear and her mother got married to A. J. Ayer. Her mother died of liver cancer. She has a brother named Dominic, sisters named Horatia and Thomasina. Her sister Thomasina died of breast cancer. Her half-brother name is Tom and her half-sister name is Emily. She studied at the Ibstock Place School, Godolphin and Latymer School and later at Westminster School. She then attended the University of Oxford and graduated from there with a degree in medical and modern languages.

She was invited to write for The Spector by Charles Moore. She was only 23 years old then. In 1985 she became a restaurant critic. In 1986 she became the deputy literary editor of The Sunday Times. She also became a freelance writer. She wrote for The Times Literary Supplement, The Daily Telegraph, The Observer and the Evening Standard. She also wrote a makeup column for The Times Magazine. In 1995 she worked for Talk Radio.

In 1998 she wrote a book titled How to Eat. She was able to sell 300000 copies in the UK. In 2000 she wrote How to be a Domestic Goddess. Her book became the best seller book. In four months the book sold 180000 copies. In 2001 she was awarded the British Book Awards as the Author of the Year. She hosted her own cooking show, Nigella Bites from 1999 to 2001 on Channel 4. The first series of Nigella Bites crossed 1.9 million viewers. Her show won her the Television Broadcast of the Year award. In 2001 she won the Best Television Food Show award. Her cooking television show series Nigella Bites was later broadcasted on American television on channels Style Network and E! Her Nigella Bites book became the bestselling cookbook of Christmas 2002 in America. In 2002 the series was followed by Forever Summer with Nigella. In the same year, she started writing cooking articles for The New York Times.

She released a cookery series entitled Nigella Express. The first episode crossed 2.85 million viewers. The second episode crossed 3.3 million viewers. Due to some complaint from the viewers, the rights to Nigella Express were sold to Discovery Asia. She won the nomination of the Outstanding Lifestyle Host. Nigella Express was released in September 2007 in the UK, in November 2007 in the US and in 2008 in Australia. She was estimated to sell more than 3 million books worldwide in January 2008. In October 2008 her Christmas book was released. In November 2009 Nigella Christmas was released.

She became the judge on a special battle of Iron Chef America titled ‘The Super Chef Battle’. On January 3, 2010, the episode was originally broadcasted. In 2013 she starred in the reality cooking show The Taste with Anthony Bourdain. She was hired by a chocolate company to appear in an advertisement in 2014. She revealed the voted during the final of the Eurovision Song Contest 2015.

Until 1988 she was in a relationship with Geoffrey Robertson QC. Geoffrey left her for Kathy Lette. In 1986 she met John Diamond. In 1992 they got married. The couple is blessed with a daughter named Cosima and a son named Bruno. In 1997 he was diagnosed with throat cancer and died in March 2001.

As of 2016, Nigella Lawson’s net worth is estimated to be $15 million dollars.