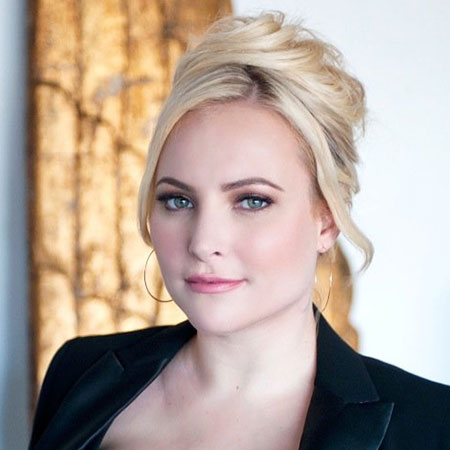 Meghan McCain is an American columnist, Fox News blogger, national radio personality, and author. In 2007 she received media attention for her blog McClain Blogette. She became a contributing author for The Daily Beast in 2009.

Meghan was born on October 23, 1984, in Phoenix, Arizona, U.S. Her birth name is Meghan Marguerite McCain. She was born to John and Cindy Hensley McCain. She is the eldest child of her parents. She studied at the Phoenix Country Day School. She also studied at the Xavier College Preparatory. She earned bachelor’s degree in art history from Columbia University.

According to her, she is the type of woman who despises labels and boxes and stereotypes. When she was 18 years old, she registered herself as an Independent. In the 2004 presidential election, she voted for John Kerry. She stated that she is in favor of sex education and birth control. Her father supported her in objection to the Arizona SB1070 anti-illegal immigration law. She is a supporter of gay rights. In April 2009 she spoke at the Log Cabin Republicans convention. She is also the supporter of gay adoption and same-sex marriage. In June 2009 she posed for NOH8 magazine in which her mother posed too. She served the Board of Directors of GLAAD.

She changed her party registration to Republican on June 12, 2008, which she wrote on her blog. She talks about how she nearly overdosed on Xanax on the day of the elections in her book Dirty Sexy Politics. She is the author of book My Dad, John McCain. The book was published in 2008.

She hosted radio program America Now. Each day she used to discuss the news, information and events on her radio program. Her program used to welcome a variety of guests and experts. In January 2009 she started writing for The Daily Beast. She also wrote an article for The Daily Beast, “My Beef With Ann Coulter” in March 2009. She wrote an article for The Daily Beast titled ”Quit Talking About My Weight, Laura Ingraham” in response to Ingraham. Ingraham responded her article by calling her as a “useful idiot”. She signed a six-figure book deal with Hyperion in April 2009. She stated her support for sex education on a May 2009 episode of the Colbert Report. She appeared as guest co-host of The View in September 2009 and February 2010. She also appeared on the quiz show Wait, Wait, Don’t Tell Me in September 2010.

She won a prize for the listener in the show. In September 2010 she published Dirty Sexy Politics. She was publicly criticized by the political blogosphere. She became an analyst on MSNBC in November 2011. Her show raising McCain started to air on the satellite television channel in September 2013. In January 2014 the show was cancelled. She later became the co-host of the show Takepart Live. The show began in May 2014. In December 2014 the show was cancelled.

As of 2016, Meghan McCain’s net worth is estimated to be $4 million dollars.