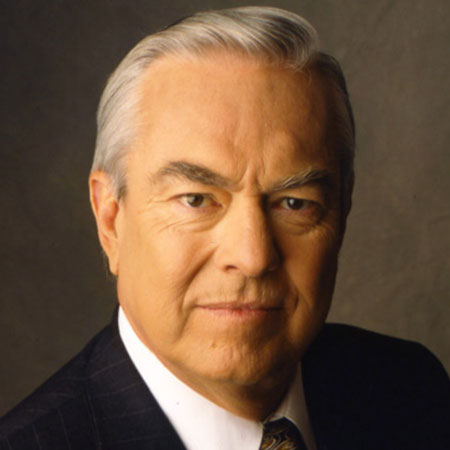 Bill Kurtis is an American television journalist, producer, narrator as well as news anchor. He also hosted A&E crime and news documentary show which includes Cold Case Files, Investigative Reports, and American Justice. He also worked with CBS Morning News as an anchor. He currently works as an announcer of quiz show Wait Wait…Don’t Tell Me!

Bill was born on September 21, 1940, in Pensacola, Florida. His birth name is William Horton Kuretich. His parents are Wilma Mary Horton and William A. Kuretich. His family settled in Independence, Kansas after his father retirement from a military career.

He started working for KIND-AM as an announcer. He was only 16 years old then. He attended Independence High School and graduated from there in 1958. He also studied at the University of Kansas. In 1962 he graduated with a B.S. in journalism. In 1966 he graduated from Washburn University School of Law and earned a Juris doctor degree. He also worked at WIBW-TV as a part-time.

Kurtis anchored the 6 o’clock news at WIBW-TV. He reported severe weather which was approaching Topeka. 1966 Topeka tornado injured hundreds and 16 people were dead. He remained on the air with the WIBW broadcast team and covered the initial tornado. After his work in covering the tornado, he was hired by WBBM-TV located in Chicago. He produced a documentary about Iva Toguri “Tokyo Rose” in 1969. He also covered the Chicago Seven conspiracy trial in 1969. Because of his law degree, he was offered a job as a correspondent for CBS News in Los Angeles. While he was working there, he covered the Charles Manson murder trial.

He has also covered the murder trials of Juan Corona and Angela Davis. He returned to Chicago in 1973 and worked at WBBM-TV as a co-anchor with Walter Jacobson. In 1980 he returned to Vietnam. He there covered the Vietnamese side of the story and also discovered some 15000 obtaining special status for the children to enter the U.S. He joined Diane Sawyer on the CBS Morning News in 1982. In 1985 he returned to WBBM-TV. He also hosted a four-part science series “The Miracle Planet” in 1986.

In 1988 he formed his own documentary production company called Kurtis Productions. He also produced “Return to Chernobyl” becoming the first American television reporter to begin the site of the world’s worst nuclear disaster. He has hosted American Justice. He is the author of three books On Assignment, Death Penalty on Trial and Prairie Table Cookbook.

In 1963 he got married to Helen Kurtis. They were together until 1977. Her wife died. His partner is Donna La Pietra. He has a son and a daughter from Helen.

He has won two Peabody Awards. He also won Emmy Awards many times. He won the University of Kansas William Allen White citation award. As of 2016, Bill Kurtis has a net worth of $15 million dollars.