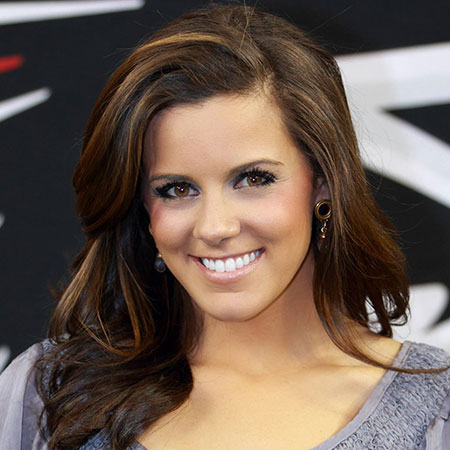 Niki Noto is a beautiful American ESPN reporter and TV host. She has worked as a sideline reporter for college football. She has contributed for various ESPN programming. She has worked for CBC Sports Network, PGA.com, HLN, Georgia Public Broadcasting, ESPN, PAC 12 Network, Disney.com, SEC Network and NCAA.com.

She studied at the University of Alabama and graduated from there in 2009 earning a Bachelor of Arts degree in telecommunications. After graduation, she started working with the sports information department. While she was in Nashville, she for the Tennessee Titans assisting their media relations and marketing department.

Niki began working as the insider reporter with the Atlanta Falcons after she moved to Atlanta in 2010. While working there she covered cheerleader, the football team and community relations department. She also hosted the Georgia Dome, on field game during the 2010-2011 season. She also featured various commercials.

She also worked for Georgia Public Broadcasting’s (GCB) “Sports Central” as their co-host and correspondent. The show was about the news of sports featuring the high school. She has maintained her good relationship with GP8. She worked for the GHSA football and basketball state championships as their sideline reporter.

She then joined ESPN in 2011. After joining the network she got the opportunity to travel the country. She worked for ESPN’s “Road Trip” hosting the college football matchups. She got the opportunity immerse into the culture and tradition of various schools and programs. She got the opportunity of doing skydiving with Kansas State, doing gymnastics with Oklahoma, barrel racing with Nebraska and water skiing with Clemson. For three years, she hosted the show “Road Trip”. She loves the game golf. In 2012, she got the chance to host a series called Weekly Golf Buzz for PGA.com. She was also hired by Turner Sports to cover the Frozen Four and Final Four for NCAA.com.

Noto has also covered the collegiate basketball and hockey championships. She was called by the NCAA to serve as the game host for 2014. She continued working with ESPN as their sideline reporter and correspondent.

She then started appearing on HLN in 2014. She worked there as an anchor and writer of the Bleacher Report for Weekend Express. For CBS Network, she has hosted Tailgate Turnover. She also featured in various commercials and videos for the network which includes spots for Disney and Moe’s Southwest Grill. She was also published in JEZEBEL, Men’s Health Magazine and others.

She loves eating Italian food mainly Sacco and Spaghetti. JEZEBEL Magazine voted her as the Best Atlanta Sportscaster. So far, no news or rumors about her boyfriend or dating is disclosed. Although, some unreliable source states that, Niki Noto is married but this seems baseless and strongly denies it.