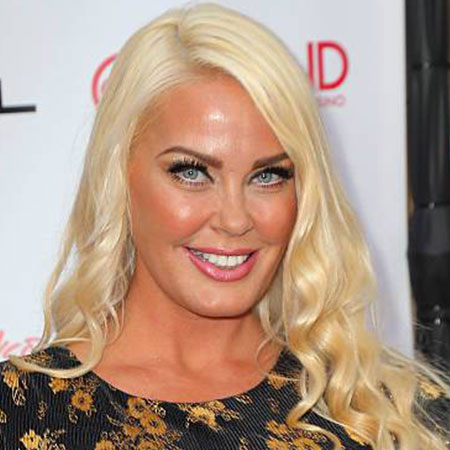 Genevieve Chappell is a gorgeous American television personality, model, and spokesperson. She is also known as the owner of GCS Productions.

Genevieve was born on October 18, 1972, in Anaheim, California. Her parents are Bob and Lesley Chappell. She is the eldest of five children of her parents. When she was 16 years old, she worked as a waitress at the Habor House Café in Sunset Beach, California. She supported her family financially and emotionally after she moved her family to Seal Beach.

She was approached by a representative for the St. Pauli Girl Brewery and she was asked to be the official St. Pauli Girl for Oktoberfest. She was only 21 years old then. During the event, she was successful to catch the eye of other marketing representatives. She started working for Budweiser USA as their official spokesmodel and poster girl. She also worked as a narrator/spokesmodel representing many automotive and motorsports companies. For the trade shows, she went to the United States and Canada. She also worked for many famous companies which include Quin ca USA, Microsoft, Hilton Hotels, Sony, IBM and SEMI Conductors as their narrator and presenter.

She gained recognition as a spokesmodel from the print work she did. She was suggested to pursue a modeling career by an agent. She took the advice and worked for many companies which include NOS, Scripto Lighters, NAPA Auto Parts, Disney, True Hardware, Intex H2O Toys, Garrett Turbocharger, EBC Brakes, Von Dutch, Mission Hockey, MSD 6A Ignition, K&N Airfilter and NHRA as their model. She also worked for magazines like Hot Rod magazine, Velocity Magazine, and many other bridal magazines.

Chappell started working as the host of the Mission Hockey company’s commercial in 1999. She was hired by WCEC Productions to produce the commercial which was based in San Diego, California. Her personality, performance and the knowledge of sports was loved by the producers. Although she had no experience of being a television host, she was hired to host a sports show on San Diego Channel 4. While working there she got the opportunity of interviewing famous sports celebrities which includes skateboarding legend Tony Hawk, NBA’s Los Angeles Lakers Coach Phil Jackson and player Kobe Bryant, MLB’s Tony Gwynn and Olympic stars like Tara Lipinski and Christy Yamaguchi.

She also interviewed many WWE wrestlers as well as motocross stars from X-Games. She hosted Mothers Polish Car Show Series in May 2006 and became a first female host. She worked with “Big Daddy” Don Garlits, hosting ESPN’s In the Drivers Seat. She also worked with co-host David Riley and Griff Allen in hosting ESPN’s Mothers Polish Car Show Competition in 2007. As she has a passion for classic, custom, and vintage cars she was offered to co-host ESPN’s Garage Block with Griff Allen. She was offered to announce a Kruse classic car auction by the owner of Kruse International Auction house and Vice President Fred Gittin in March 2008.

She also hosted ESPN’s Russo and Steele Classic Car Auction with co-host Keith Martin and Bill Stephens. The Lucas Oil Off Road Series hired her as a pit reporter in 2009. In 2008, she was featured in Velocity Magazine, Hot Rod, and Hot Rod Deluxe.