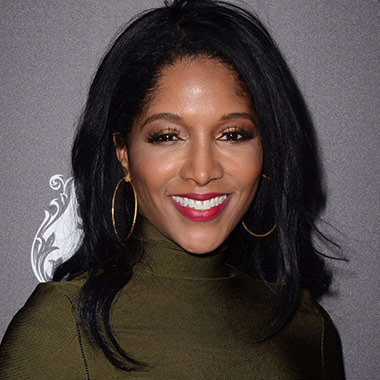 American Actress, Noree Victoria who is best known for her starring role in the television sitcom The Rickey Smiley Show as Simone, Rickey Smiley’s manager. She is young and bold Actress and a producer. Talking about her family she has an elder sister named Penny Jerald who is also an Actress. She is from Baltimore, Maryland. She has been active in the creative arts in her life. Her other personal information is unavailable including her birthday and her age. Looking her Instagram picture, she seems to be in her early thirties. However, she has maintained her physique. Her body measurement is very fine.

Noree Victoria started with writing imaginative short stories and plays. Unbelievably, she completed her first children’s book at the age of 7 which is amazing. She had the love and passion for arts and academics. While she was in middle school years she used her intellectual and creative outlets to escape and opting to spend summers in special programs on college. She used to study drama, painting and creative writing with the help of government subsidized grants and academic scholarships. She was only 16 when she petitioned the school board on her own and successfully won their approval to bypass her senior year which directly led her to go to college and earn Bachelor’s Degree in Creative Writing and Biology. Then after, she completed her Master’s Degree in Information Technology with 4.0 GPA. She is very dynamic and versatile person.

However coming from the entertainment family as her sister Penny Jerald nominated for Emmy, her interest in acting was overpowering. Finishing her academic studies, she performs arts full time pursuing her creative passion. She gained recognition in short period of time by winning the Best Actress award in the category at AMTC’s shine which was a national actor’s convention held in Florida. She was at AMTC where she was contracted by New York Conservatory for the Dramatic ARTs. Shea was also offered a scholarship to study under the direction of top instructors, focusing on Advanced Film Combat, Scene Study, and Michael Chekhov technique, Voice over, Shakespeare Presentation and Commercials. In 2009, she completed her certificate there.

Talking about her works, Noree Victoria has been appearing in several television productions and films. Some of them are NCIS, The Game, Necessary Roughness, Vampire Diaries, Teen Wolf, Quarantine 2 and Locked Up Abroad.  She also has produced few music video projects and a feature- length Arts Film. Currently, she is appearing in the show called The Rickey Smiley show playing a starring role as Simone. She continues to pursue her acting career and training in Los Angeles. There are very few details of her personal life. Beside her professional life she is very adventurous and peace loving person. During her leisure period, she enjoys spending time with her friends and doing yoga, surfing and outdoor adventure. Addition to that, she loves painting in her free time. It seems she has not been dating anyone as she is focused in her career. Viewing her personality and inspirational bio, her biography will soon be published in Wikipedia.