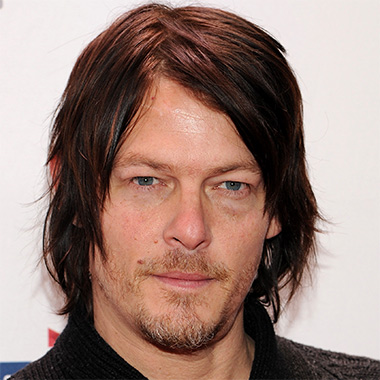 Norman Mark Reedus a.k.a. Norman Reedus is an American actor, model, as well as a TV host. He is popular for starring as Daryl Dixon in the AMC horror drama series The Walking Dead and in the movie The Boondock Saints (1999) and its sequel The Boondock Saints II: All Saints Day (2009) as Murphy MacManus. Also, he has appeared in many music videos and has modeled for a number of fashion designers.

Reedus, 50, is dating Diane Kruger and shares a daughter with her. Furthermore, he has a son with his ex-girlfriend, Helena Christensen.

Norman Reedus has an estimated net worth of $18 million as of 2019. The significant source of his income is the acting industry.

His salary per episode of The Walking Dead was reported $650,000 in 2017. By 2019 his salary had been increased to $1 million per episode. Apart from this, he also adds a good sum to his bank account by staring in various movies and music videos. Not to mention, his modeling projects which equally helps to grow his wealth.

Also a painter, photographer, and sculptor, he exhibits his works in galleries in Frankfurt, Berlin, and New York.

Reedus was in a long-term relationship with model Helena Christensen. The two started dating in 1998. The following years, the duo welcomed their child, a son, Mingus Lucien Reedus, on 13th October. 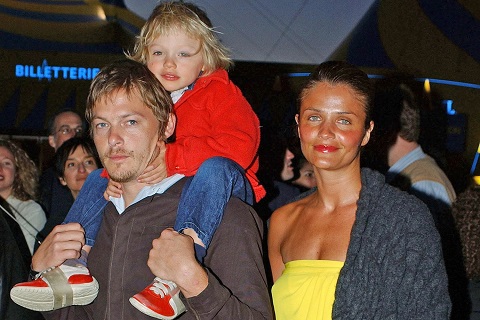 However, Reedus and girlfriend broke up in 2003 but remained friends and shared joint custody of their son.

Currently, Reedus is in an open relationship with a German-American actress and former fashion model, Diane Kruger. The Pair was first spotted as a couple in July 2016. What’s more, they share a baby girl born in November 2018.

Norman was born on 6 January 1969, in Hollywood, Florida, the U.S. His birth name is Norman Mark Reedus. He is the son of Marianne and Norman Reedus. He has a sister named Leslie, who is two years younger.

Reedus belongs to English, Italian, Northern Irish and Scottish descent. He spent his childhood in Los Angeles, California. He had also lived in the United Kingdom, Japan, and Spain during his teen years.

He used to work at a shop in Harley Davidson in Venice, California and has contributed to various shows as a photographer, video artist, painter, and sculptor. He acted in the play Maps for Drowners at the Tiffany Theatre on Sunset Boulevard. He was asked to be in a play at a play in Los Angeles.

Norman Reedus debuts his television acting in the year 1997, where he was cast as Jeremy in Guillermo del Toro horror thriller film ‘Mimic’. He portrayed Murphy MacManus in the 1999 movie ‘The Boondock Saints’.

Since then, he regularly appears on several films including Six Ways to Sunday, Gossip, American Gangster, Hero Wanted, 8mm, Deuces Wild, Moscow Chill and Blade II. He also had a small role as German policeman in 2005 film Antibodies which was directed by Christiaan Alvart.

In 2008, Norman Reedus starred in the film ‘Red Canyon’ and the following years he reprised the sequel of ‘The Boondock Saints’ and ‘The Boondock Saints II: All Saints Day’. Reedus guest appeared on ‘Charmed’ as the boyfriend Nate of Paige’s. He booked the role of Daryl Dixon in the series ‘The Walking Dead’ since 2010 starring alongside Andrew Lincoln, Jon Bernthal, Sarah Wayne Callies, and Laurie Holden.

At first, he auditioned for the character of Merle Dixon. For his work as Daryl Dixon, Reedus won the nomination for Saturn Award for Best Supporting Actor in 2012. He then starred in the film ‘Hello Herman’, which was opened nationwide on 7 June 2013.

He also starred in six episode of reality mini-series ‘Ride with Norman Reedus’ from June 12 to July 17, 2016.

Norman Reedus Modelling and Other Works

Norman Reedus has done modelling for many designers’ brand and for commercials as well. He had modelled for Levi’s, Prada, Durban, Morgenthal Fredrics, Alessandro Dell’Acqua and Lexus.

He has also modelled in several music videos, including ‘Mean to Me’ by Tonic; ‘Fake Plastic Trees’ by Radiohead; ‘Cats in the Cradle’ by Ugly Kid Joe; ‘Violently Happy’ by Bjork; ‘Sun Down’ by Tricky ft. Tirzah and much more.

He has posed for a Cruelty- Free International for the support of ending cosmetics products made from animals.

Norman Reedus released a book of photography called “The Sun’s Coming Up… Like A Big Bald Head” on 31 October 2013 and in September 2014 announced a fan art compilation called “Thanks For All The Niceness.