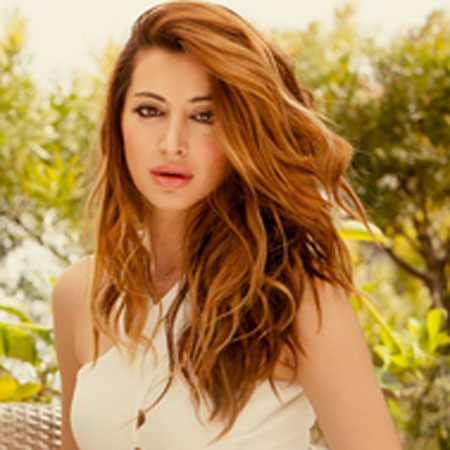 Noureen DeWulf is an American actress better known for her role as Lacey in Anger Management (2012–2014). Furthermore, DeWulf has also starred in the movies including Ghosts of Girlfriends Past, Zambezia etc.

Noureen DeWulf was born on February 28, 1984, in New York City, New York, United States. She was born as Noureen Ahmed to Indian-Muslim parents from Pune, India. She hasn’t disclosed any other information regarding her parents and family.

She is fluent in English, Hindi, Urdu, as well as Gujarati.

After completing graduation from Boston University, Noureen made her acting debut through the Academy Award-winning short film West Bank Story, in 2005. In that film, DeWulf played the role of a singing and dancing Palestinian cashier Fatima who falls in love with an Israeli soldier.

Moreover, DeWulf also appeared on NBC’s Outsourced, TNT’s Hawthorne and also in MTV’s The Hard Times of RJ Berger. She starred along with the famous actors like Matthew McConaughey in Ghosts of Girlfriends Past and with Jeremy Piven in The Goods: Live Hard, Sell Hard.

DeWulf won Best Actress at the Comedy Ninja Film and Screenplay Festival for her role as Temp in the movie Coffee, Kill Boss, in 2014. In the same year, for the second time, she was ranked #93 most desirable women in Maxim magazine’s “Hot 100.”

#TBT a comedy thriller I’m in that is available on amazon for your viewing pleasure! #coffeekillboss

Till date, DeWulf is active in the field of acting and has appeared in popular series like Anger Management, Grandfathered etc.

Furthermore, in 2018, she will be appearing as Margo in the movie When We First Met.

DeWulf was previously married to James DeWulf in 2000. The couple went through a tragic divorce after ten years of their martial relationship in 2010. After that, on September 3, 2011, DeWulf married her second husband Ryan Miller.

Ryan is a National Hockey League goaltender. The couple together has a son Bodhi Ryan Miller and the couple is living happily together along with their baby boy. Its been six years since they tied their knot and so far the lovely duo shows no sign of divorce or separation.

DeWulf featured in several movies as well as television series and has earned a good sum of money from her acting career. As of December 2017, Noureen DeWulf’s estimated net worth is reported to be around $3 million. Furthermore, her husband Ryan has the estimated net worth of $14 million.