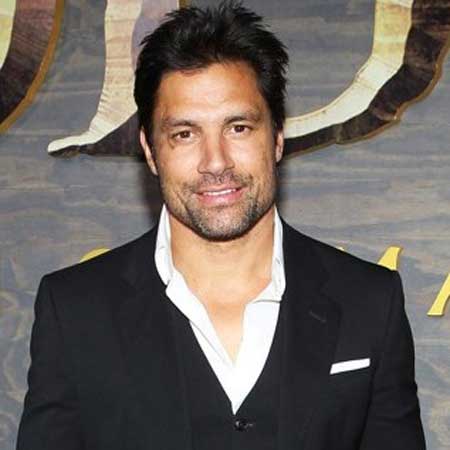 Manu Bennett is a New Zealand actor, well-known for featuring in the tv series Arrow as Slade Wilson.

Bennett was married to his long-term girlfriend Karin Horen in 2007. The couple welcomed three children but they ended their relationship and divorce in 2017.

Manu was born as Jonathan Manu Bennett on 10th October 1969 in Rotorua, New Zealand. He was born to a father, Ted Bennett, New Zealand singer, and mother, Jean Bennett, Australian bikini model, and grew up along with his siblings in Australia. His family moved to Australia a few months after his birth.

Bennett attended Merewether High School and enroll at Te Aute College in New Zealand in 1986. He was interested in modern dancing, ballet, piano, so he went to Los Angeles on a scholarship to attend the Lee Strasberg Theatre Institute.

Manu made his professional debut in the teen soap Paradise Beach, in 1993. His first leading role movie Tomoko released in 1999, earned him wide recognition. After several years in the Australian entertainment industry, Manu returned to his home country, New Zealand, and appeared in several tv dramas.

Bennett also featured along with WWE wrestling superstar John Cena and Robert Patrick in the movie The Marine.

He also portrayed in hit tv series such as Spartacus: Blood and Sand, Spartacus: Gods of the Arena, The Hobbit: An Unexpected Journey, Arrow, and much more. Additionally, he also hosted a New Zealand reality show Going Straight, in 2003.

Bennett married to his long-term girlfriend Karin Horen in 2007. The couple welcomes three children named Pania, Huia, and Mokoia Bennett. Unfortunately, Bennett and Karin divorced after a decayed of their marital relationship. They confirmed their divorce in 2017. Bennett is also a model. He promoted several brands and fashion line through which he obtained a good sum of money as an endorsement. Allocating information from several sources as per 2018, it is found out that Manu Bennett current estimated net worth is around $3 million.