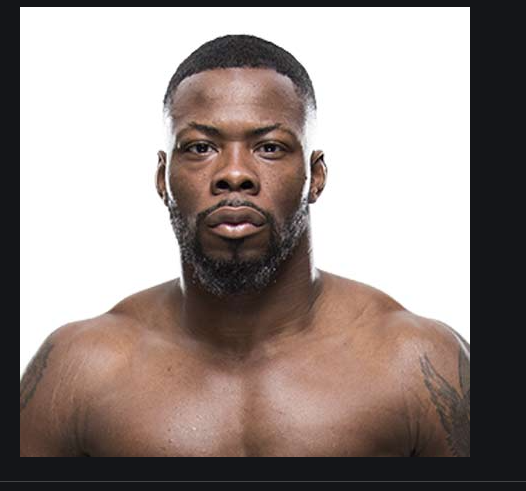 The Nigerian-American former mixed martial artist, Oluwale Bamgbose competed in Middleweight division of the Ultimate Championship. He appeared in 10 competitions so far with 6 wins and 4 losses.

Bamgbose is fighting out of The Bronx, New York, USA. Apart from his son, Bamgbose hasn’t revealed much about his personal life to the world.

Oluwale Bamgbose was born on August 4, 1987, in Lagos, Nigeria. He was born to traditional parents who taught him to put his focus on his education and value Christianity.

He joined the karate when he was 12 while eventually moving to Taekwondo after that. He has garnered Black Prajied in Muay Thai, Black belt in Taekwondo, Black Sash in Kung Fu, Black belt in Brazilian Jiu-Jitsu and Greenbelt in Shotokan.

[ CAPTION: Oluwale sharing the moment with his family ][ SOURCE: Instagram ]

Bamgbose went to SUNY Morrisville garnering an associate degree in Liberal Arts. He earned his bachelor degree in Child and Family Studies from SUNY Oneonta. Moreover, he studied Public administration at Alfred University and holds the master degree on the subject.

Oluwale Bamgbose took mixed martial arts training during his college time. He played as an amateur for a year making a record of 2-1. He started playing as a pro since June 2013. Since then, he made a record of 5-0 defeating all of his rivals.

He lost the match to Cezar Ferreira via unanimous decision at UFC on Fox 19.  He also won the vacant Ring of Combat Middleweight Championship through TKO after beating Devon Morris by 4-0 win.

Likewise, Bamgbose went on to compete in the UFC for over two years on the highest level. In 2017, he announced via Twitter that he was released from the promotion. He fought his last match against Alessio Di Chirico on FOX 26 and was defeated in a second round via knock out.

Oluwale Bamgbose has an adorable son named Olugo Bamgbose. He is fulfilling the responsibility of both the mother and a father giving adequate time, love and care to his only child. The information regarding the biological mother of Olugo is yet to be disclosed.

Peeking at his social media it can be assumed that he is a single father who is not married and still waiting for the one who he can proudly announce as the mother of his child.

Bamgbose made a decent amount of money from his career as a martial artist. His estimated salary from UFC 46 and onward is $90, 5000, however, his current net worth is yet to be revealed.

Oluwale is living luxuriously ever since he joined UFC. He also shared via Instagram that he bought a land in his motherland, paid off his student loan and bought his own car whit the amount he made from his profession.