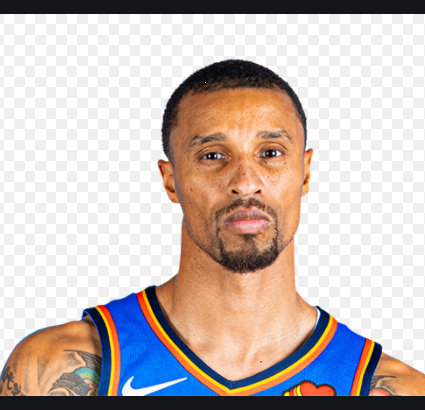 George Hill is a professional American basketball player who currently plays for the Cleveland Cavaliers of the National Basketball Association (NBA). While playing for Indiana University-Purdue University Indianapolis, he received several honors, including Summit League Player of the Year.

The San Antonio Spurs picked Hill in the 2008 NBA draft. He has played for several clubs including Indiana Pacers and Utah Jazz. Hill is married to Samantha Hill and is the father of two children.

George Hill was born on 4th May 1986, in Indianapolis, Indiana, United States. He is the only son of Tina Hill Woods. Hill attended the Broad Ripple High School and was one of the top high school players. Since his childhood, Hill dreamed of becoming a first-round pick in the 2008 NBA draft.

During his school days, Hill played against every member of Magnificent Seven. He further faced ten years older Oden and Conley during his Junior High School when he was 13. After his high school, Hill joined the Indiana University–Purdue University Indianapolis for his higher studies and also continued his basketball career.

As being one of the talented basketball players, George Hill got several scholarships offers from many schools including Temple and Indiana. However, he chose IUPUI with an intention to stay with his ailing great-grandfather, Gilbert Edison. Hill played four seasons for IUPUI.

Later Hill decided to play for NBA although he had one year of eligibility left to play and declared himself eligible for the 2008 NBA draft. For a few months, Hill worked with several NBA teams. On 23rd September 2008, Hill signed a two-year rookie contract with San Antonio Spurs.

Likewise, Hill played 2016-2017 season for Utah Jazz after being traded on 7th July 2016. He also made his season’s high score of 34 points in the last match against Brooklyn Nets. Furthermore, he signed with Sacramento Kings on 10th July 2017, for the 2017-2018 season. Later, on 8th February 2018, Hill was transferred to Cleveland Cavaliers where he currently plays.

Along with a successful career, George Hill has a successful married life too. Hill is married to Samantha Hill. However, he hasn’t revealed the exact date of his marriage. The couple welcomed their first child, a son Zayden Jaxon Hill on 16th January 2016.

[ CAPTION: George Hill with his wife and son ][ SOURCE: Instagram ]

Similarly, on 4th January 2018, Hill and his wife, Samantha welcomed their second child a daughter, Zoe Jessie Hill. Hill shared a beautiful picture of his newborn daughter on Instagram. He often shares beautiful pictures of his wife and children on Instagram, Twitter, and Facebook.

Hill is one of the caring father and husband as he gives equal time to his profession and family. He often spends his time with his family and is also visits new places on vacations.

The hardworking and talented NBA player George Hill earns a decent amount of money from his playing career. Hill has been playing at NBA for several years, and till date, he has played for several NBA teams.

Allocating information from several sources as of 2018, it is found out that George Hill’s current estimated net worth is around $32 million which is totally worth. Similarly, he has the salary of $8 million. Hills owns a 1971 Cutlass which worth around $27000.