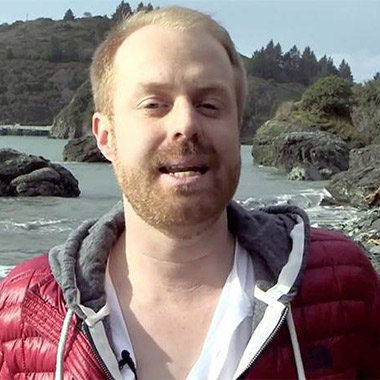 Owen cook is the creative engine of the famous dating company RSD, whereas his buddy Papa Kho looks after the business end of the company.

Illuminating stumbling men in developing proper seduction skills since a long time now, Owen Cook is celebrated by millions as their dating savior who teaches them techniques of self-motivation and self-realization in the process of meeting women. His confidence-boosting book "The Blueprint Decoded"  and DVD contents like "Foundations" and "Transformations" have assisted many men in their journey of inner game and confidence exploration. Ontario native, Owen rose to prominence after people begin to know about his initial pick-up journey from the Neil Strauss' record breaker The Game (2005).

Once Owen Cook was a struggling artist who couldn't even afford his rent and now he is crazily celebrated as the co-founder of Real Social Dynamics , which is one of the largest boot-camps running dating company in the world. Impressively, he also functions as  the head of content and Training expansion at RSD, responsible for  handling important strategy-related decisions such the decision he took in 2007 to move away from routines based approach to non-routine based individualistic field testing approach.

Independent since a young age, Owen enjoys a philosophy degree from the Queens University. However, he didn't pursue a career in philosophy. Rather, he decided to venture out to the dating world. However, his interest to pursue dating didn't generate until he was dumped by his girlfriend during his college years.  Such heart-breaking moment made Owen retrospect his life and eventually made him a depressed young self.

Fortunately, Owen Cook took part in a dating boot camp in 2002, eventually attaining confidence and will to pursue being  a pick-up artist. Amazingly, he borrowed the name "Tyler  Durden" from the movie/novel  "Fight Club"  to encourage himself to arise free like a bird from the cage of social constraints.

A year later, Owen Cook met the emerging dating guru Nick Kho, who is the current CEO of RSD, while traveling across Canada and the USA in a hope of learning from experienced pickup artists. The same year Nick and Owen created the company which we now know as one of the best dating company in the world.

However, opening RSD didn't end his learning process. The same year  the duo learned a great deal of experience from seduction gurus Neil Strauss (Style) and Erik von Markovik (Mystery) while living in Project Hollywood, Los Angeles. They later formed the company and begin teaching men routines he learned from the peers. However, Owen later changed the company approach to field based-individualistic approach upon realizing that routines are outdated in the modern complex world.

Currently, Owen Cook enjoys a full beard and a short hairstyle. Interestingly, we have seen him trying several hairstyles over the years from short down dos to spiky updos. However, he suffers from hair loss although he is only in his mid 30's. This is why we see no hair on frontal lobe part of his head. However, lack of hair is not preventing him from meeting beautiful women or being a source of inspirations for millions. Nor his dating life with his girlfriend since 2004 has been hampered because of his dating maneuvers.

Talking about his physique, the Canadian sensation possesses an average height of 5 feet and 7 inches. Unfortunately, his net worth hasn't been revealed yet. However, it will not be wrong to guess he is the man worth millions. Both women and men worth fortunes are his fans and he knew how to make money out of them.

More info including quotes on his professional life can be accessed from various sites on the web like his datingskillsreview.com bio.