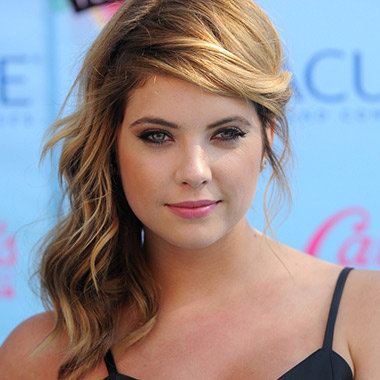 Ashley Victoria Benson was born on December 18, 1989, in Anaheim Hills, Anaheim California, USA. Benson is an American actress, model, and dancer too. As an actress, she is famous for her role “Hanna Marin” in the mystery-thriller television series called Pretty Little Liars. She is also famous for the portrayal of Abigail Deveraux in the NBC opera “Days of our Lives” and also for the role of Mia Torcoletti in the supernatural television hit series titled Eastwick.

Ashley Benson was raised in California as the daughter of Jeff Benson and Shannon. She also has an older sister named Sharlene. At the age of four, she had already started dancing in ballet, jazz, hip-hop and lyrical too in a very competitive way. She also enjoys singing and has also appeared in similar shows. When she was of the age four, she was asked to sing for the four Christmas services at her church. She was just the age of five when she modeled for dance catalogs. At the age of 8, she had started modeling under the Ford Modelling Agency for print advertisements. In 2002, she appeared in a Lil’ Romeo music video as a schoolgirl. She also made a brief role in the Zoey 101 episode title “Quinn’s Date” in 2005.

Starting from 1999, Ashley Benson started taking her acting seriously. She started appearing in many commercials and struggled hard. Soon, she made her transition into television acting and film. It was in 2004 that she signed a 3-year contract with Days of Our Lives; an NBC daytime soap opera.

In 2004, Ashley Benson began playing as Abigail Äbby” Deveraux, the oldest child of the super couple Jennifer Horton and Jack Deveraux which lasted till 2007, May 2. she also played as a disguised witch who is a cheerleader in an episode of the hit CW series Supernatural. Talking about her films, her hit movies were 13 Going on 30(2004) and Bring it On: In It Win It(2007). In 2008, she also appeared in the film The Texas Cheerleader Scandal, in which she was the head cheerleader named Brooke. She recalls that she loved working with her on-screen mother Tatum O’Neal, from whom she learned so much about acting. Benson starred  in ABC’s hit 2009 series Eastwick. Her character was Mia who was the teen-aged daughter of Roxie but the series didn't last long because of its low ratings.

Later in December, Ashley Benson was cast in freeform mystery thriller drama Pretty Little Liars as Hanna Marin. In the film, she is the “divaänd it-girl of the group. Te series was a great hit and achieved 2 million viewers at its premiere along with Benson’s performance being praised highly by the critics. Benson also starred in the television film Christmas Cupid with Chad Michael Murray and Christina Milian which was also aired on ABC.
In January 2012 Benson was cast in the film, Spring Breakers in the place of Emma Roberts. The films had co-starred Vanessa Hudgens, Selena Gomez, and James Franco. Thus she never stopped trying and is one of the best actresses in the scene.