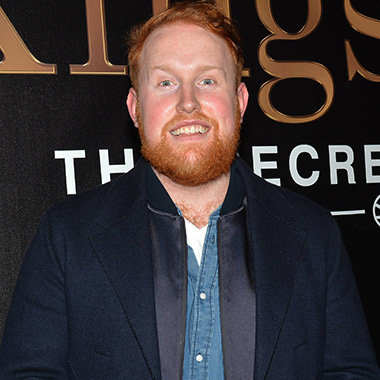 Amongst many of the famous singers in Ireland, a name that cannot be forgotten to call is Gavin James. James is an Irish singer and songwriter who was born in March 2013. In March 2016, he bagged the Choice Music Awards for the Irish Song of the Year. He was also the supporting act for the tour which featured Kodaline, Tori Kelly, Ed Sheeran and Sam Smith in July 2015. His soothing voice and electric performance have made him gain a great base of fan support and love from all over the world.

Gavin James’ debut album was released on 20 November 2015 which was titled Bitter Pill under Warner Ireland. This album went Platinum and a million on copies in Ireland and still got increasing sales in future too. Subsequently, in Choice music awards in 2015, Bitter Pill was nominated for the Best Albums and Best Singles released. Similarly, Gavin also seemed to appear on James Cordon’s Jimmy Kimmel show and Late Late show in 2015. He had also appeared on the BBC Show in 2016. His song; C’est A Vous was included in The Sun’s ‘Ones to watch and Buzzfeed’s lists for 2016.

James started his debut headline tour in Europe on January 21. It started with three house full back to back shows at the Ireland’s Olympic Theatre in Ireland. Also, the Spotify has announced James to be a Spotify Spotlight artist for 2016. He is also going to be supporting Ben Rector in March 2016 for his US Tour. His debut album was a great hit and it became a milestone in his career.

James’ huge success became his debut album Bitter Pill. His work on this album began in 2015. It was recorded and arranged in London and LA under producers Cam Smith and Fraser T Smith. With backing vocals of his big sister Emma and guitars of Simon Neil, his song Coming Home is a big hit from his album.

Taking about his early life, Gavin James was born in Dublin. He was raised in a household that was abundant in music. James’ dad used to play Sam Cooke, Bob Dylan and Cat Stephens with his sister Emma on vocals. The had also went on a tour with a musical across Ireland. They practically had a musical root. James’ great grandparents were opera singers and his grandfather was a whistler and a standup comedian. James himself was drowned in music when he was 14. At this age, he had already started playing in a rock band with his own compositions. This band of his didn't lives for long but James went for his solo performances playing a considerable number of gigs for years which built him greater and greater audience. When he was 21, he focused more on song writing and also started playing on open mic nights. By 2013, James had independently released his single ‘Say Hello’ which also won the Meteor Choice Awards as Song of the Year. Till 2015, James signed deals with Capitol Records of the US and Sony of Europe.