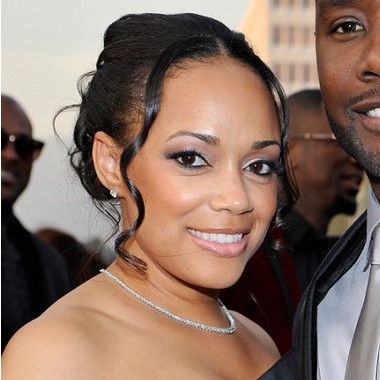 Pam Byse is well known for being the wife of renowned actor, Morris Chestnut, who Dr. Beaumont Rosewood, Jr. on Rosewood (TV series).

How Pan Byse and Chesnut Met?

Pam Byse became famous through her husband, Morris Chestnut. Morris is best known for his 1991 movie ” Boys n The Hood”. Morris first met his wife, Pam Byse at a club in Atlanta. When he saw Pam, Morris asked his friend about her and that time his friend responded, “No man, don’t waste your time! She doesn’t give anybody no play”.

When Morris met his wife, there were a lot of qualities and he was paying attention to. Morris knew that she would be a great mother just for how she cared for her nephew and her family. She respected her mother and family. Those all of the initial qualities that he saw, thought he would make her a great partner.

They have been married for more than 20 years now and their relationship is still going strong. Pam Byse and her husband Morris married in 1996. The couple has two children together named a son Grant Chestnut born in 1997 and a daughter, Paige Chestnut born in 1998.

Her daughter, Paige completed her high school from Calabasas High School, California whereas her son, Grant is a student at the University of Colorado. Every Valentine’s Day, Her husband, Morris gifts his daughter with a bouquet of flowers, not just to his wife and his mother.

In an interview with Essence, Morris revealed his closeness with Pam. He revealed that ” our mutual respect makes us strong”. In a statement with BET, he stated that he lets his wife be the woman and in turn his wife also lets him be the man.

She also attended along with her husband at the 45th NAACP Awards, where Morris won the NAACP Image Award for Outstanding Supporting Actor in a Comedy Series.

Pam’s husband, Morris has been active in the entertainment industry since the early 1990s. He is earning a handsome amount of money from his career. He has featured in several movies and TV series through which he obtains a good amount of money as salary.

Allocating information from several sources as of 2018 it is found out that his current net worth is estimated to be around $14 million. Morris Chestnut stated that he preferred to keep his private life personal, so we do not have much information about her on social sites.