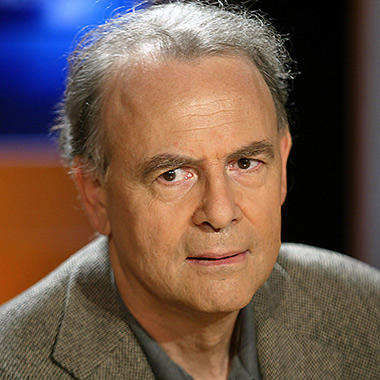 Patrick Modiano is a French novelist born on July 30, 1945, as Jean Patrick Modiano in Boulogne-Billancourt who is a Noble Prize winner in Literature. Modiano is the son of Albert Modiano (Italian Jewish Origin) and Louisa Colpijn (descendent from Sephardic family from Greece).

He spent his childhood with his maternal grandparents and his first language was Flemish. He didn’t get too close with his parents because his parents were separated after his birth and his mother was frequently on tour so he was close to his brother Rudy. Unfortunately, Rudy died at the age of nine because of some disease. He has dedicated his works to his brother from 1967 to 1982.

He attended his primary school in Ecole Montcel Primary School in Jouy-en-Josas and joined college Saint-Joseph de Thones in Haute-Savoie and high school in Lycee Henri-IV in Paris. In high school writer, Raymond Queneau teaches him geometry who was also a friend of his mother. In 1964, he did his bachelor in Annecy.

Modiano married Dominique Zehrfuss in 1990. He told that he still remember the day of his marriage which was catastrophic because it rained and the photographer forget to bring the film and no other person has a camera. He has only two photos of his marriage one from behind and one under the umbrella. Modiano and Dominique have two daughters together Zina and Marie.

Modiano was introduced to the literary world by the author of Queneauwho was the author of Zazie Dans le Metro. Modiano published his first book La Place de l’etioile (1968) when he was 22 which was wartime novel about a Jewish collaborator. His father was displeased and tried to buy all the copies. This novel secured him Roger Nimier Prize and Feneon Prize. His other works are the blurring of moral boundaries, the threat of disappearance, the pull of the past and the dark side of the soul.

Modiano’s first book La Place de l’etioile was also published in German and English. His other famous works are La Place de nuit which was translated as “The Night Watch” by Alfres A. Knopf, Les Boulevards de ceinture (Ring Roads), Lacombe, Luicen (Lacombe, Lucien: The Complete Scenario of the Film), Rue des Boutiques obscures ( Missing Person), Memory Lane, Quartier Perdu ( A Trace of Malice),Catherine Cretitude, Du plus loin de l’oubli (Out of the Dark), Dora Bruder, L’Horizon, L’Herbe de nuit, Pour que tu ne te perdes pas dans le quartier ( So You Don’t Get Lost in the Neighbourhood), Villa Triste and Livret de fammille. There are other many novels published but above listed are most famous.