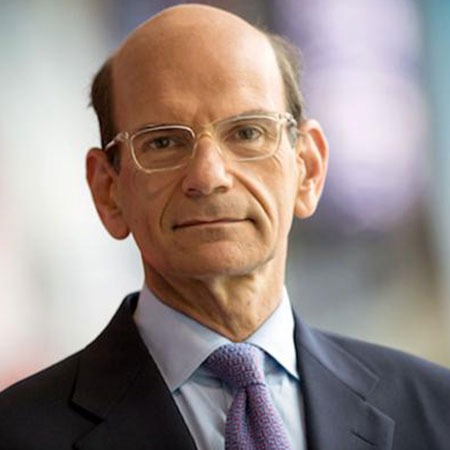 Paul Alan Finebaum has show his strong presence as an American Sports author, former columnist and radio and television personality. Born on 1955, July 26, Finebaum has been primarily focusing on sports in southeast and currently has been working with ESPN programs. He has experience of working as a reporter, columnist and host of sports-talk in the Birmingham area. Considering his experience, ESPN hired him in 2013 for its new network and works as a producer for a radio show of network’s regional base.

Moving to his early days, he was born in Memphis, Tennessee and attended Christian Brothers High School and later joined White Station High School in Memphis. After completing his school education, Finebaum attended the University of Tennessee, from where he received a degree in political science in 1978. After graduating he arrived in Birmingham in 1980 and started to work as a columnist and investigate reporter on Birmingham Post-Herald.

“I don’t think there’s any question that for a brief shining moment, the post Herald was the most important newspaper in the city and perhaps the state because people had to pay attention to it.”

For his contribution as a news reporter, Finebaum has been awarded with more than 250 writing awards, including national, regional and are sports awards. He has written investigative stories about the recruitment of Buck Johnson, Alabama basketball player which helped him to be nominated in various awards. He was also first reporter to write about the Auburn University coach Terry Bowden. He served Mobile Press Register and started to write a twice in a week column syndicated to other newspaper in 2001 and discontinued in 2010.

Talking about his early career, he started to work in radio in mid 1980s as commentator on the morning radio show Mark and Brian Radio Show of WAPI-FM (I-95) and started his own afternoon radio show. During his career, he hosted various radio shows for various networks, among them his afternoon show on WAPI-AM became the highest rated sports-talk show. In Television career, he contributed in numerous T.V. shows. He worked as a director from 1998 to 2002 for WIAT-TV and also co-hosted shows on WVTM-TV NBC 13. In recent days he has appeared as a guest on ESPN’s Outside The Lines frequently. He also played leading role in documentary of ESPN network titled Roll Tide/War Eagle.

Finebaum has also made his identity as a author. He has authored numerous books including his popular I hate… series, The worst of Paul Finebaum and Finebaum said. In 2013, Finebaum made deal with to write a book for a radio show taking advance of $650000 and the books remained on best-seller list of Times for five months.

Finebaum was named as top power broker by The Tennessean in 2002 and also became most powerful small market sports media member in nation. He was also considered as best sports listener. He is currently married with Linda Hudson since 1990. Throughout his career he has made net worth of $2million. No any reports have been found about his past relationships and affairs.