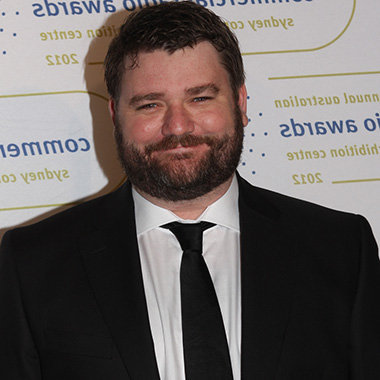 “Life makes fools of all of us sooner or later. But keep your sense of humor and you’ll at least be able to take your humiliations with some measure of grace. In the end, you know, it's our own expectations that crush us.” Paul Murray, Skippy Dies.

When it comes to Irish literature, Paul Murray is the name that comes at the very beginning. Born on 1975, Paul Murray gives his identity as an Irish novelist. His famous novels include An Evening of Long Goodbyes, The Mark and the Void and Skippy Dies. Murray was born in Dublin in 1975 as a son of a professor. His father was a professor of Anglo-Irish Drama at University College Dublin, which helped Paul Murray to be an influential author. Murray attended Blackrock College in South Dublin. His experience at college helped him for the basis for the school in his novel Skippy Dies. He attended Trinity College, Dublin and completed his study in English Literature. He graduated with masters in creative writing from the university of East Anglia. Murray moved to Barcelona and worked there sometimes as an English teacher, which he considered as an unhappy moment.

Being born in a family where his father was a professor of Anglo-Irish Drama, Paul Murray got the opportunity to learn some components of literature from his father, later which helped him a lot to make his writing more impressive. Murray’s first novel was An Evening of Long Goodbyes written around 2001 and was published in around 2003. In his first novel, he has written about the changes in Dublin due to cranes. He was shortlisted for the novel prize for his for a novel which made his debut promising and dramatic.

Paul Murray's another super hit novel Skippy dies was published in 2010. Skippy Dies was nominated for many prizes including Man Booker and other several prizes in Ireland, the US and the UK. Skippy Dies raised his level and made him an international big hitter. Skippy dies were all about the banking crisis. Skippy Dies made its appearances in the literary bible The Paris Review and splashed with a review in The New York Times and the Washington post .

Paul Murray’s novels have been nominated for various prizes. His first Novel An Evening of Long Goodbyes was enlisted for the Whitebread First Novel Prize in 2003 and it has also been nominated for the Kerry Group Irish Fiction Award. His super hit book Skippy Dies was nominated for 2010 Booker Prize and 2010 Bollinger Everyman Wodehouse prize. It was also listed in Time magazine’s top ten works of fiction in 2010. Murray remained silent about his personal life. There no any single information about his relationship status, love affairs, earning and net worth.