An American entrepreneur, Paul Teutul Sr. is the co-founder of a manufacturer of custom motorcycles, Orange County Choppers. And most of us know him through the popular reality TV show American Chopper which premiered on the Discovery Channel.

New York-born Paul John Teutal is also the manufacturer of a custom motorcycle. So if you wanna know more about him then here’s an article about Paul Teutul Sr. Just Stick with us.

Five Facts you need to know about Paul Teutul Sr

Paul Teutul Sr. was born on May 1, 1949, in Yonkers, New York. During the war of Vietnam, he sailed as a member of the merchant navy but is unclear about how long he sailed.

After being inspired by the many custom bikes appearing on the streets and from the movies like  “Easy Rider” and “Hells Angels on Wheels“, he started building customs bikes for pleasure and in films.

Paul Teutul Sr’s love affair with motorcycles began in the 70’s and in the year 1999, he founded Orange County Choppers.

Paul Teutul Sr has an estimated net worth of $ 15 million. He collected the sum of money through his profession of Motorcycle designer and builder.

Besides this, he also earns huge amount of sum from a manufacturer of custom motorcycles, Orange County Choppers.

Previously Paul Teutul and his former wife Beth Dillon were married in 2007. After their marriage, they were living happily married life but sometimes things knock the door without an invitation. The former couple got a divorce in 2015.

One of the most significant part of Paul’s image in his tattoos.  In order to express a feeling and to make a point, Paul has acquired tattoos.

For an example, when he became frustrated about the location of Orange Country New York, he obtained a tattoo on his left arm with the designation OCC New York in order to make the distinction clear.

Apparently, Paul had been working on a new TV project called Orange County Choppers: American Made with a partner, Thomas Derbyshire, who had agreed to finance and the show entirely in return of its ownership of 51%. 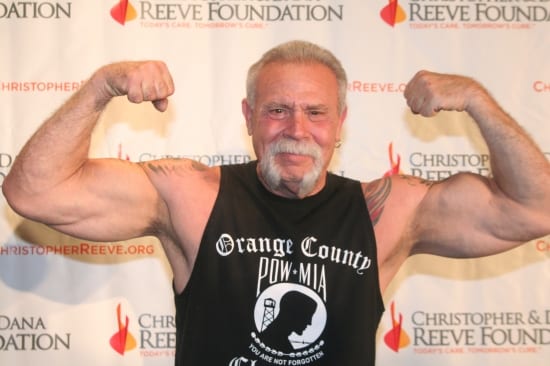 As per the report of TMZ, Thomas invested $1.8 million  and after few months, Paul demanded 50-50 deal and the production fell apart