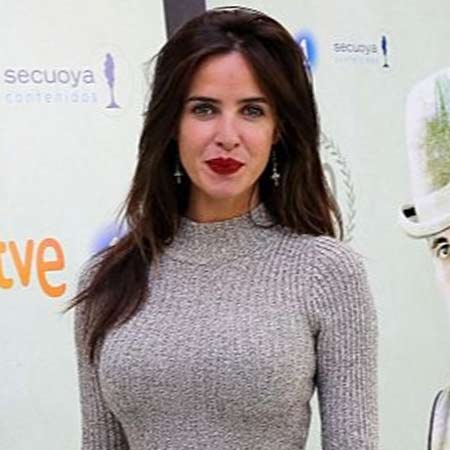 Paula Prendes Martinez, better known as Paula Prendes is a Spanish actress. She is also well known for her other extra activities such as TV presenter and Journalist Spanish. She is famous for playing a different character in Victor Ros, Grand Hotel, and Enterrados.

Paula has well managed to keep her personal life confined within herself and between her friends and family. Though she keeps her personal life secret she can’t take it far away from social media, she might be in a secret relationship with her boyfriend.

Born on 21st January 1983, Paula Prendes is a born to Spanish parents in Gijon, Asturias, Spain. She owns a pet dog which is also a part of her family.

She joined Colegio Publico de Cabueries for her primary education and went to study at IES EI Piles, near her hometown Gijon.

Further, she received her degree from Audiovisual Communication, her interest in the field from the Pontifical University of Salamanca. During the period, she began working as an editor and anchor at the Cadena Ser in Gijon.

This 35-years-old TV presenter plus journalist began her early career as an editor at Cadena Ser, Gijon. Soon, she built up her talent and began anchoring the sports at the Cadena Ser in Salamanca, a news from Lovalia in Madrid and overtime duty as a reporter at The Eighth Commandment, an entertainment program directed by Javier Cardenas.

One after another, her journey in TV career opened like a golden gate. She presented Electronic Arts program, one of the known video game website and as a reporter in the MTV, an American Music Television.

In the year 2007, she made her first short movie debut from I think, then you exit and then in Scholars, Bad Bug, We are accomplices and so on. Though she was cast in several TV shows and programs, her role as Cristina Olmedo in Spanish television series, Gran Hotel rose her name and fame in the TV world. Till date, they have done over 39 episodes in 3 seasons.

Next, she earned fame from the Victor Ros, created by Javier Olivares where she played the protagonist character of Juana. Hand in hand, she is also hosting a Spanish TV program, Zapping produced by Globomedia, since 2013.

Besides her acting in TV drama series, she actively participated in theater acts including La madre que me pario, one of the successful play of her. Likewise, she starred in Hollywood movies like Brain drain 2. Now at Harvard and Buried.

Well, talking about Paula’s love life, she loves to keep her personal life behind the curtain and has not shared her personal life, affairs and dating life in social media. Maybe this is because of her busy schedule in building up her career and she might not have time for her loved one. She is still unmarried single till date.

She is also a social media personality and often shares her enjoyable moment on her social sites like Instagram. Many boys have the crush on her and till date, she has over 83.3k fans following on her private Instagram account. She is a good friend of the actor, David Hasselhoff.

Looking at her official Instagram page, she is also found sharing several photos with Frank Blanco, a presenter of radio and Television Spanish. Who knows, there might be a secret relationship between this couple and keeping their relationship far away from the social media.

Paula Prendes Net Worth and Lifestyle

As of 2018, this Spanish gorgeous lady, Paula is enjoying her net worth in $1 million which she earns from her career in acting, hosting shows and journalism. With no doubt, she lives a luxurious lifestyle from the earning from her profession. She also owns a car in her net worth collection.

Well, she is a fitness freak and manages time for her daily gym and exercise. Likewise, she loves to wear luxurious dresses, travel new places and eat a variety of cuisine.