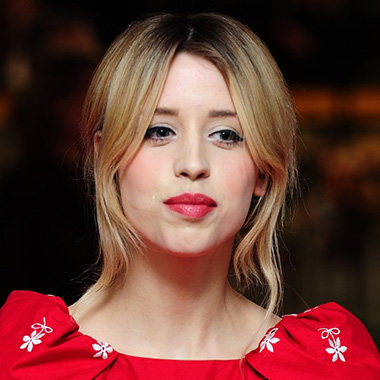 Peaches Geldof was born on March 13, 1989, in London, England, United Kingdom. She was an English model, presenter, and journalist. Her full name was Peaches Honeyblossom Geldof-Cohen. She was born to singer Bob Geldof and Paula Yates. Her grandfather’s name is Hughie Green. She also had two sisters named Fifi Trixibelle Geldof and Little Pixie Geldof and have a half-sister name is Tiger Lily Hutchence.

Geldof was raised in Chelsea, London, and Faversham, Kent. She attended Queen’s College, London. When she was 18 years old, she moved out of her father’s house and started living in a rented flat in Islington, North London. She was accepted at Queen Mary & Westfield College, University of London. She there planned to study journalism and English literature.

Starting with its April 2004, Geldof wrote a magazine column for the Elle Girl. She also wrote a weekly column for The Daily Telegraph from age 14 to 17. She has also written numerous articles for The Guardian. In 2005 she wrote and presented her own documentary TV Program Peaches Geldof: Teenage Spirit. In 2006 she ranked at number 7 in the Tatler’s list of Top Ten Fashion Icons for the year. She was the youngest person to be listed. She was voted as the 53rd sexiest woman in the world by the readers of FHM in 2007. She made her catwalk debut in September 2007 for PPQ at London Fashion Week. In 2009 she with the deal of becoming the face of the Miss Ultimo collection signed a contract with them. She dropped from Ultimo after her nude pictures and allegations of drug use were posted on the Internet

“I remember the day my mother died, and it’s still hard to talk about it. I just blocked it out. I went to school the next day because my father’s mentality was ‘keep calm and carry on’. So we all went to school and tried to act as if nothing had happened. But it had happened. I didn’t grieve. I didn’t cry at her funeral. I couldn’t express anything because I was just numb to it all. I didn’t start grieving for my mother properly until I was maybe 16.” -Peaches-Geldof (1989-2014)

In 2000, Peaches Geldof’s mother died of a heroin overdose. Her mother was only 41 years old then. She got married to Max Drummey on August 5, 2008. Max is from the band Chester French. On 7 February 2009, it was announced that they ended their marriage. On April 21, 2011, Max filed for divorce in LA. She then got engaged to Thomas Cohen in June 2011. On 8 September 2012, they got married. The couple together had two sons named Astala Dylan Willow Geldof-Cohen and Phaedra Bloom Forever Geldof-Cohen.

Peaches Geldof was found dead on April 7, 2014, in Wrotham, Kent. The reason of her death was a heroin overdose. On April 21, 2014, her funeral took place at St Mary Magdalene and St Lawerence Church in Davington, Kent; the same place she got married.

Bob Geldof said in a statement: “We are beyond pain. She was the wildest, funniest, cleverest, wittiest and the most bonkers of all of us. We loved her and will cherish her forever.” Her widower Thomas Cohen said in a statement: “My beloved wife Peaches was adored by myself and her two sons Astala and Phaedra and I shall bring them up with their mother in their hearts every day.”

On 23 July, the inquest opened Geldof’s death and the coroner found that the cause of her death was opiate intoxication, and recorded a verdict of a drug-related death. There was no evidence it was deliberate.