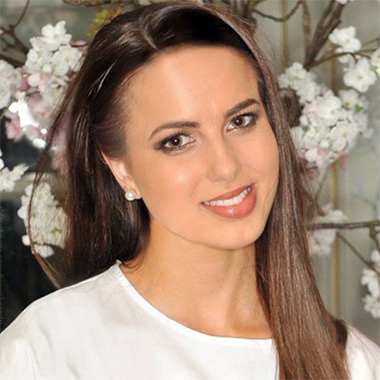 Sophia Smith is a beautiful and gorgeous lady known as the Instagram star. She was born on 9 February 1994 in Wolver Hampton, England. She is currently studying fashion designing at Birmingham City University. She also has an older sister named Zoe.

Sophia is mainly known as the girlfriend of famous boy’s band One Direction singer Liam Payne. They both met each other while they were studying in secondary school, St. Peter’s Collegiate School located in Wolver Hampton, England. They again met each other while they were attending Andy Samuels’s birthday party in February 2013. Before dating each other, Sophia has rejected Liam twenty-two times. During the Take Me Home US leg of the tour, Liam flew Sophia out to Los Angeles in August 2013. While Liam was interviewed at the This Is Us Press conference, he confirmed that they were dating each other. At the This Is Us London premiere, they made their first public appearance.

“I love him. I love him his smile, his eyes, the way he makes me laugh, just everything about him. Reading comments saying I’m using him for his fame or money upset me a lot. But you know what? I’m gonna stay positive and smile, because I have the person who truly loves me by my side. I love you @officialpayne93.”

In April of 2014, there was once a rumor that the couple broke up. As the news is fake, Liam denied the rumor. They again were spotted shopping in Birmingham in May 2014. Sophia Smith’s appearance confirmed that the news was fake and are still very much together. After that, she started attending several Liam’s shows. She also went off the where We Are Tour with Liam. The couple together also attended Louis Tomlinson’s mom’s wedding. During Liam ALS Ice Bucket Challenge, he challenged her girlfriend in the video. The couple was also seen at the 2014 Victoria’s Secret Fashion Show. She celebrated her 21st birthday in Australia with Liam.

In the Night changes music video, Liam is seen holding hands of Sophia. They also have two dogs in their house. One of the dogs is named Watson and other is named Ralph. Liam and his other members released their fourth album “Four”. Liam confirmed the song “illusion” from the album is about the relationship between him and Sophia. Sophia has also started hanging out with Liam’s family. During One Direction’s final U.S. concert, she sat with Liam’s father Geoff and mother Karen with his two sisters Nicola and Ruth in the audience.

Sophia Smith has beautiful green eyes and her hair is colored in light brown. She weighs 74 kg i.e. 161 lbs. which is a normal weight? Her zodiac sign is Aquarius. We can easily find couple’s pictures on the Internet. Sophia revealed that she is a model via Twitter. As of 2016, Sophia Smith’s net worth is highlighted to be $1 million dollars.

According to her Twitter, she describes herself as “Just a normal British girl who enjoys a lovely cup of tea.”