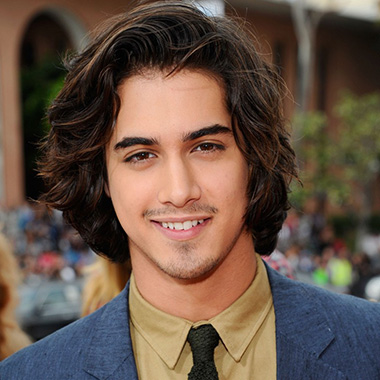 Avan Jogia is a good looking and handsome Canadian singer as well as an actor. He is mainly known for playing in Caprica as Ben Stark. He also has played on Victorious as Beck Oliver and in Twisted as Danny Desai.

Avan was born on February 9, 1992, in Killarney, Vancouver, Canada. He was born and raised there. His birth name is Avan Tudor Jogia. He was born to British Indian father and English, Welsh and German descent mother. His father immigrated to Canada. Avan can speak broken Gujarati language. He has dual citizenship of Canada and the United Kingdom. Until the age of 16 years, he studied at Killarney Secondary School before leaving school to pursue acting full-time.

“I have a lot of disrespect for people who cheat. I feel like if you’re in a position in a relationship where you want to see other people, and the opportunity to cheat comes up, don’t.”

In 2006, Avan Jogia got his first role as he played in the television movie A Girl Like Me: The Gwen Araujo Story as Danny Araujo. He plays as the younger brother of a teenage transsexual woman Gwen Araujo. The movie was directed by Agnieszka Holland. He then appeared as the character Sam in the TV series Aliens in America. He then appeared on Gym Teacher: The Movie as Champ and also in Spectacular! as Sajid in the year 2008. Both of the movies were on the Nickelodeon network. He then played in the TV series Caprica as Ben Stark on the Sci Fi Channel. He then played in the Nickelodeon television program Victorious as Beck Oliver. In March 2010 it was premiered.

He then appeared in his new movie Finding Hope Now. He also appeared in the Victorious crossover movie iParty With Victorious as Beck Oliver. On June 28, 2011, he co-hosted the Transformers: Dark of the Moon premiere in New York. He is also the founder of the online organization Straight But Not Narrow which is supported by his friend Josh Hutcherson. His organization aims towards changing the attitudes and viewpoints of young, straight people about the LGBT community. He then appeared playing the lead role as Danny Desai in series Twisted. It was premiered on June 11, 2013. After one season the show was canceled.

Avan Jogia was in a relationship with beautiful and gorgeous Zoey Deutch since September 2011. Zoey is an American actress. He has known Victoria Justice since Nickelodeon film Spectacular! since they are best friends.