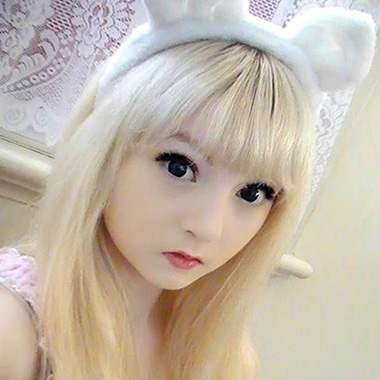 Venus Palermo is a famous and beautiful YouTube personality. She is famous for her doll-like appearance as well as fashion sense. She is better known as VenusAngelic. Her YouTube channel is subscribed by over 1 million subscribers and over 140 million views.

Venus was born on February 8, 1997, in Brugg, Switzerland. Her birth name is Venus Isabelle Palermo. Her mother’s name is Margaret. She belongs to half Swiss and half Hungarian ethnic background. She has got blue-green eyes. She moved to Tenerife with her mother in 2008. In May 2010 she created her YouTube account. She took the video of herself dancing to J-Pop and cosplay and began to upload videos to her account. She also created Japan related creative videos.

Shortly, Palermo’s video was successful to gain the attention of the audiences. After her popularity, because of her video, she was invited to sing with Japanese singer Rumi Shishido in August 2010. Since then she also appeared on Japanese radio. She did not sign an entertainment contract in Japan. She later returned to Spain and from there she continued to upload her videos to YouTube. Because of her potential, her mother decided to move to Brixton, South West London to pursue her career. This decision was a good one for her.

VIDEO THAT MADE HER FAMOUS

In March 2012, one of her video titled “How to look like a doll” went viral. As of April 2015, her video was successful to get over 12000000 views. After that, she with her mother was invited to attend various international television shows. Some of the shows are The Morning Show, Daybreak, and TLC Discovery. In early 2014 she moved to Netherlands to pursue her education. She moved to Netherland because she did not receive a school place in the UK. She can fluently speak and write English, Spanish, Swiss German, Japanese and German. In 2003, she took part in the movie production ready, Steady, Charlie! as an extra. She was only six years old then. She was awarded first place in the “Thai Beauty and Culture Contest” in Gretzenbach, Switzerland in 2006. The competition was held on the Loi Krathong Festival. According to Thai solar calendar, it was in 2549. She also won the model contest of Bodyline in 2011. The contest was held by a Japanese Lolita fashion brand. In 2013 she modeled for them. Palermo released her Icona Pop song titled “I Love It” in 2013. It was successful to rank at No.71 on the UK Singles Chart.

Palermo also has created makeup tutorials video. In March 2012 the video “How to look like a doll” went viral. After the video, she got the title as “living doll”. She then created many make-up as well as hair tutorials video and showed others to achieve her look.