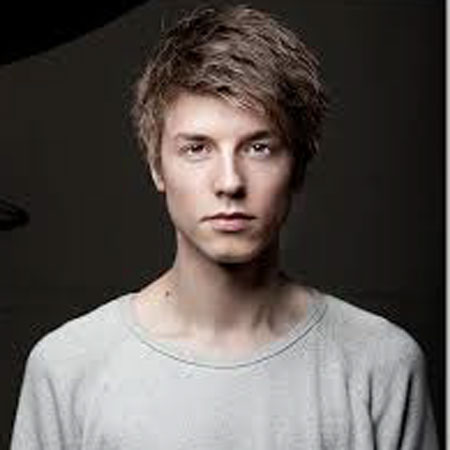 Peder Losnegard is not married and is currently single. But previously Losnegard was in an on-off relationship with an American singer Ashley Nicolette Frangipane who is widely known as Halsey. The couple started dating in 2014, but within two years they separated in 2016.

Peder Losnegard was born on 26th October 1992, in Tysvær, Norway. Losnegard grew up in a gospel music household and loved to listen to songs of Kirk Franklin and Fred Hammond. His father used to conduct a nondenominational church choir. However, he hasn’t revealed other information about his family.

Losnegard attended the local school for his early education. Well, he completed his high school at the Skeisvang High School in Haugesund where he studied music.

Within his early age, Peder Losnegard started writing songs and playing the piano. Although he grew up in gospel music household, Losnegard developed his passion towards hip-hop music.

As a junior, Losnegard participated in Melodi Grand Prix Junior 2005 under the name LidoLido.

However, in 2011, Losnegard’s breakthrough single came after he released his song “Different.” The song became a radio hit as well as the year’s most played song on NRK P3.

“Problems” with @PetitBiscuit out now, everywhere that music streams! pic.twitter.com/Gu84kp0Zxz

On 3rd February 2012, Losnegard released his first album entitled Pretty Girls & Grey Sweaters at Universal Music. The album was very successful for which, he received “Newcomer of the Year” award in Spellemannprisen 2012.

For a long time, Losnegard is still active in the field of singing, songwriting, and producing. In 2017, he released an album entitled Everything Remixed. Furthermore, Losnegard might be in the process of releasing his new album.

25 years old Peder Losnegard is not married and is currently single. But previously Losnegard was in an on-off relationship with an American singer Ashley Nicolette Frangipane who is widely known as Halsey. The couple started dating in 2014, but within two years they separated in 2016.

Besides this, there are no any records of his other relationships. Likewise, Losnegard hasn’t been the part of a controversy.

Peder Losnegard earns a decent amount of money from his singing, songwriting and producing career. Losnegard has released several singles as well as mixed-tapes.

Pretty Girls & Grey Sweaters and Battle Poetry are the most popular albums of him. Furthermore, his popular single “Different” is able to get the international breakthrough.

Allocating information from several sources as of 2018 it is found out that Peder Losnegard’s has a current estimated net worth of a million dollar.