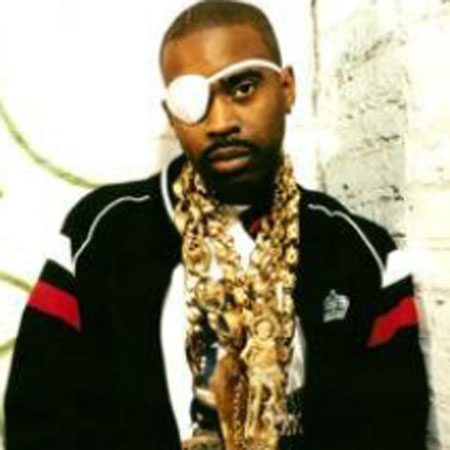 Slick Ricky is a British-American rapper best known for songs like “La Di Da Di” and “Children’s Story.” Till date, Rick has released four albums including The Great Adventures of Slick Rick (1988), The Ruler’s Back (1991), Behind Bars(1994) and The Art of Storytelling (1999).

Ricky is married to wife Mandy Aragones and has two children. They are living happily together along with their children.

Slick Ricky was born on 14th January 1965, in Mitcham, the United Kingdom to Veronica Walters. Within his childhood, Ricky lost his right eye by broken glass. In 1976, he emigrated to the United States and settled in The Bronx along with his family.

Happy #MothersDay to my mom and all the women who hold it down and bring balance to the universe.

Ricky attended the Fiorello H. Laguardia High School of Music & Art and majored in visual art. During his school days, he met Dana Dane and they became best friends. Later they formed The Kangol Crew and performed at school contests, parks, and local hole-in-the-wall clubs.

While performing in different contests with his The Kangol Crew, Ricky later met Doug E. Fresh in 1984. By seeing the talent of Ricky, Doug made him the member of his crew. However, Ricky raised to fame after he and Doug released the song “La Di Da Di”. Furthermore, after featuring in the single “The Show”, it made him more popular.

The Kangol Crew @ The High School of Music & Arts. #tbt

Later in 1988, Ricky released his first album entitled The Great Adventures of Slick Rick. The album achieved a great success reaching the No. 1 spot on Billboard’s R&B/Hip-Hop chart. It also features some singles including “Children’s Story”, “Hey Young World”, and “Teenage Love”.

Likewise, Ricky released his second album entitled The Ruler’s Back in 1991. But the album wasn’t able to achieve success like the first one. His third album Behind Bars was released in 1994. Well, the Billboard Top R&B/Hip-Hop chart picked the album at No. 11 and on No. 51 by the Billboard 200.

Ricky gave continuity to his career and released his fourth album The Art of Storytelling in 1999. The album was the authentic follow-up to his 1988 debut, The Art of Storytelling. It got more success in comparison to his older albums and was picked in No. 8 on the Billboard 200; No. 1 on the Top R&B/Hip-Hop Albums chart.

Slick Ricky is still active in the field of singing for a long time. These days, Ricky performs in different concerts and events in a collaboration with different other artists.

A popular rapper, Slick Ricky is married to wife, Mandy Aragones. For the first time, they met each other at a Manhattan nightclub and started dating. After dating for four years, they turned their love life into marriage in April 1997.

This couple has a son Ricky Martin Lloyd Santiago and a daughter Lateisha Walters. Since a long time, this couple is successfully maintaining their married life. So there are fewer chances of their divorce. Besides this, there are no any records of his other relationships.

Slick Ricky earns a good sum of money in his career. Allocating information from several sources as of 2018 it is found out that Slick current estimated net worth is around $1 million which is totally worth his hard work. His main source of income is through rap music. Till now, Ricky has released four albums and is still active on the same field.

These days, Ricky performs stage concerts in a collaboration with different other artists. So, to date, Ricky is successfully providing a financial support to his family. As being still active in the same field for a long time, his net worth is sure to be increased in upcoming days.