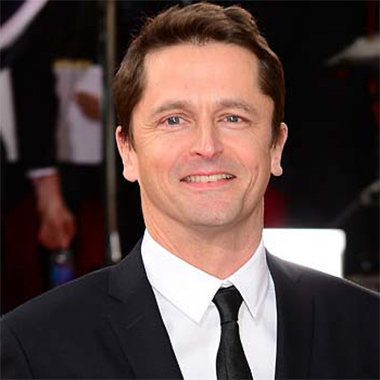 Peter Czernin is a British-born producer and actor who is best known for his works in Seven Psychopaths (2012), The Bes Exotic Marigold Hotel (2011) and In Bruges (2008). He is currently associated with Blueprint Pictures, a London-based film production company that he established in 2004 along with Graham Broadbent.

Born in the year 1979 as the only son of the Hon Hazel Czernin, the richest family in London, he does not have to worry about the money. His mother was the daughter of Lord Howard de Walden, who owned 92 acres of London, stretching between Regent’s Park and Oxford Street. His mother regularly makes her place in Rich List.

Despite being born in the richest family, Czernin realized that he has to work. Czernin lived in Los Angeles along with his wife and children where he worked as a film producer. After spending several in Hollywood, he returned to London and established a filmmaking company. During his eight years stay in London, he worked as president of DiNovi Pictures and he also made appearances in various big budget films such as Message in a Bottle and Practical Magic. His company Blue Print company’s two productions were released in 2007 named Becoming Jane and Wind Chill. Becoming Jane was cited by variety as the independent hit of the summer.

Currently, Pete is working on the development of Skullduggery Pleasant, a film based on best-selling children’s horror/fantasy series. Similarly, his company is also in the development process These Foolish Things and Join me.

Czernin is currently married to his wife Lucinda and he has three children. He recently returned back to London from L.A. along with his children and wife. Being a son of the richest family, Czernin is currently enjoying luxurious life but at the same time he also priorities to his own works. Czernin has the property of billions of dollar in his name but he never feels like he should not work. Till date, he has not signed up for any social networking sites.