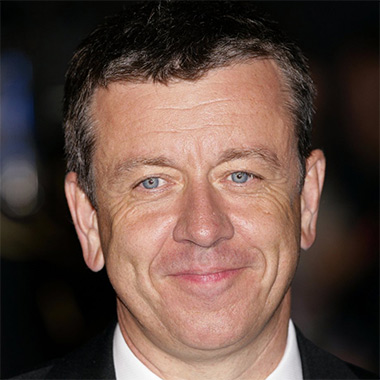 Peter Morgan, a British film writer and a playwright, was born in Wimbledon, London to mother Inga and father Arthur Morgenthau. His mother was a Pole and father was a German. At the age of nine, Morgan lost his father and grew up with his mother. Morgan completed his schooling from the Downside School, Somerset and then went to the University of Leeds graduating with a degree in Fine Arts.

Peter Morgan started his career by writing television scripts for different dramas. He has written the screenplay of different romantic comedies; Martha, Meet Frank (1998), and The Jury (TV Series). Morgan’s writing genres are basically comedies, drama, and historical fiction. Morgan had his debut in plays from Frost/Nixon at Donmar Warehouse theatre, London in 2006. In 2008, the same play was turned into a movie and was highly appreciated. He later wrote The Damned United and Rush and the screenplay of the biopic about rock musician Freddie Mercury, the lead vocalist of the rock band Queen

As an actor, Morgan has worked in 360 and The Deal. Morgan is also one of the producer members of the movie American Sniper, which was an American biographical war drama movie. The movie was nominated for Academy Awards and won several other awards. In 2013, Peter Morgan wrote a play called ‘The Audience’, which about the weekly meetings called audiences, between Queen Elizabeth II and her prime ministers, and was premiered in the West End, at the Gielgud Theatre. The play was highly loved and appreciated and won several awards as well.

During the career in movies, Peter Morgan was nominated and awarded with several awards. For his outstanding work in The Last King of Scotland, he  got a BAFTA Film Award. The 50th San Francisco International Film Festival honored Peter Morgan for Excellence in Screenwriting with the year’s Kanbar Award, in May 2007.

Morgan is married to Lila Schwarzenberg since 1997. He married her twice, once civilly in London and religiously in Murau. They have been living in Vienna with their five children.