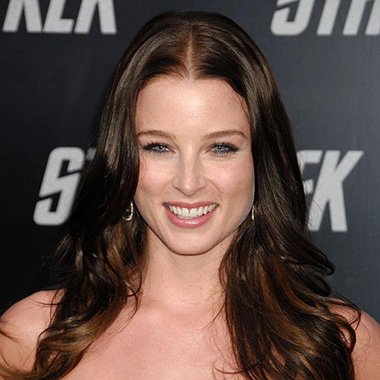 Rachel Michele Nicholas is a beautiful American sports journalist who works as the CNN’s sports correspondent and host The Jump weekdays at 3:30pm on ESPN. She also works for CNN International and Turner Sports as a reporter. Nichols has reported on the NBA on TNT, Major League Baseball on TBS working with Turner Sports and has broadcasted the NCAA Tournament on CBS.

Rachel was born on 18 October 1973 in Potomac, Maryland, US to Ronald Jacobs (father) and Jane Jacobs (mother). Her birth name is Rachel Michele Alexander. She spends most of her childhood with her parents and siblings in Potomac.

Rachel Nichols started her journalism career by working for the Fort Lauderdale Sun-Sentinel from 1995 to 1996. She then worked for Washington Post and covered the NHL’s Washington Capitals during her stay from 1996 until 2004. Soon after her departure, she worked for ESPN, where she a recurring part of SportsCenter, Monday Night Countdown, and Sunday NFL Countdown. She also covered NFL and NBA for ESPN. Nichols served as the correspondent for E:60 and worked as the sideline reporter for various Monday Night Football broadcast on ESPN.

Rachel Nichols began her career at CNN as the host of Unguarded with Rachel Nicholas in October 2013. The show was a regular series until they change into an occasional special in October 2014. Writing her name in the world of broadcasting, Rachel was named the countries most impactful and prominent female sports journalist by Sports Illustrated magazine. She has interviewed many renewed personalities including  NFL Commissioner Roger Goodell with her tough question in the wake of the Ray Rice scandal, which made Rachel even more vulnerable to the world. She was highly praised by her fans and viewers for that interview. She also confronted boxer Floyd Mayweather on his history of domestic violence.

Rachel Michele Alexander married to film and music video director, Max Nichols in 2001. The wedding took place in a decent Jewish ceremony in Venice. Her husband is the son of famous film and stage director Mike Nicholas. Max, who is a supportive husband, shares a good chemistry with her wife. According to their public profile, the couple has no children yet.

The beautifully talented, Rachel Nichols was named one of Esquire’s Women We Love in 2005. In 2013 and 2015, she was named ‘Twitter 100’ by Sports Illustrated as well as ‘MMQB 100′ and the ’10 Most Powerful Voices in Sports’ by The Hollywood Reporters. Holding an American nationality and belonging to the white ethnic background, Nichols’s net worth and salary are not yet mentioned and it is under review.

Rachel is available on several social networking sites such as Twitter, Instagram, Facebook, and so on to stay in touch with her fans. One can follower/like her to see her day-to-day work-related updates and her personal desire posts.