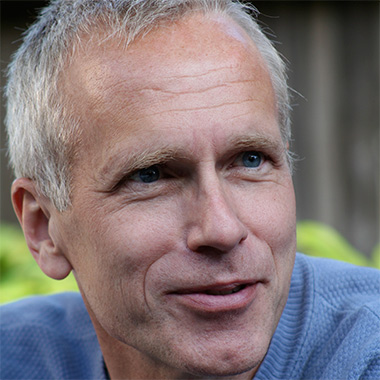 Brian K Kobilka is an American physiologist and the 2012 Nobel Prize awardee in Chemistry with Robert Lefkowitz for their groundbreaking discoveries of G protein-coupled receptors. Currently, he is the Molecular and Cellular Physiology professor at Standford University School of Medicine. He is also known as the co-founder of a biotechnology company called ConformetRx.

2012 Nobel Prize winner in Chemistry, Kobilka is a married man and blessed with two children with his spouse.

Kobilka’s net worth and salary are under review as of 2019.

But looking Kobilka’s career his salary is assumed no less than the six digit figure and net worth in millions of dollar.

Brian K Kobilka is married to his college sweetheart Tong Sun Thian in 1978. He and his a Malaysian-Chinese wife first met at the Univerity of Minnesota Duluth, while they were in the same group in the science lab.

Brian recalled their first day and said: “On the first day of class my group consisted of three freshmen and an irate sophomore. The sophomore, who was upset at having to defer to freshmen for the choice of the lab, would become my wife in 1978”.

The couple is blessed with children; a son Jason and a daughter, Megan Kobilka.

Brian Kent Kobilka was born on 30 May 1955, in Little Falls, Minnesota, United States of America. He is the second of two children to Betty (Elisabeth) and Franklyn Kobilka (1921-2004). He has a sister named Pam Kobilka, who is three years older. Brian’s father and grandfather, Felix J. Kobilka (1893-1991) owned and run a bakery in Little Falls, where he and his sister worked part-time from the age of 13.

Born and raised in a Roman Catholic family, Kobilka studied at St. Mary’s Grade School, which is a part of Roman Catholic Diocese of Saint Cloud. He then attended Little Falls High School and graduated from there.

Under the guidance of Robert Lefkowitz, Brian Kobilka worked as a postdoctoral fellow in research at Duke University. Here, he started working on cloning the β2-adrenergic receptor. Kobilka, an investigator of Howard Hughes Medical Institute from 1987 to 2003, moved to Standford in 1989.

Brian is famous for his research on the structure and activity of G protein-coupled receptors which determined the molecular structure of the β2-adrenergic receptor. His work was highly acclaimed by many people and other scientists as well. G protein-coupled receptors are important targets for pharmaceutical therapeutics but notoriously difficult to work within X-ray crystallography.

In 1994, Brian Kobilka was awarded the American Society for Pharmacology and Experimental Therapeutics John J Abel Award in Pharmacology. He became the runner-up for the 2007 Breakthrough of the Year award from science for his G protein-coupled receptors structure work. Brian shares the 2012 Nobel Prize in Chemistry with Robert Lefkowitz, for his work on G-protein-coupled receptors.