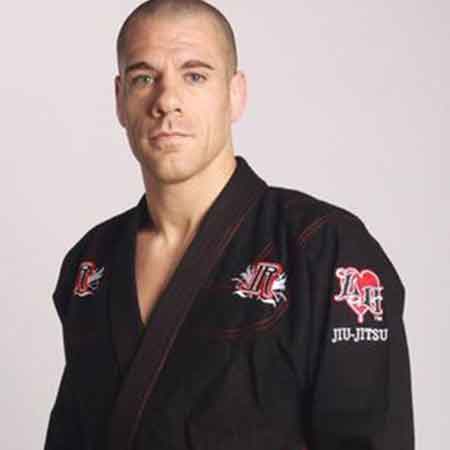 Rafael Lovato Jr. was born on 22nd June 1983, in Cincinnati, Ohio, United States. He belongs to an American nationality and holds white ethnicity. His father Rafael Lovato Sr is also a Jiu-Jitsu fighter and martial artist.

Since his childhood, Lovato began martial art and Jiu-Jitsu. Lovato quit college in order to pursue his career at MMMA.

As a black belt, Rafael Lovato Jr. is the second American to win the World Jiu-Jitsu Championship after B.J. Penn. He has trained for long with Xande and Saulo Ribeiro. At the age of 19, Lovato competed in the finals of the 2003 Arnold Classic with Saulo. He later quit his college to pursue his career in MMA and made his MMA debut in 2014.

On September 26, 2014, Lovato made his professional MMA debut in  LFC 35 where he defeated Canaan Grigsby via submission. Likewise, he further defeated Kevin Holland in his second fight at LFC 46. Well, Levato won the LFC championship by defeating Marcelo Nunes and Cortez Coleman.

In 2017, Lovato signed for Bellator and made his debut on March 3, 2017, at Bellator 174. Lovato faced Charles Hackmann in his debut fight and got the victory via TKO. Similarly, he further won the fight against Mike Rhodes at Bellator 181 and Chris Honeycutt at  Bellator 189. His last fight was on April 28, 2018, against Gerald Harris which he won via submission.

We all know more about the professional life of Rafael Lovato Jr. but when it comes to his personal life Lovato always keeps it under wraps. However, Lovato is a married man. Once Lovato mentioned his wife in one of his tweets mentioning that he taught his wife her first Judo class.

Being such a renowned and prominent MMA fighter Rafael Lovato Jr. earns an astonishing amount of money from his MMA career. He has been MMA fighter since long and is also the champion of World Jiu-Jitsu Championship.

As of now, Lovato has an estimated net worth of around $3 million. Moreover, Lovato further manages an academy in Oklahoma City, Oklahoma from which he adds more money. He also owns two dogs.