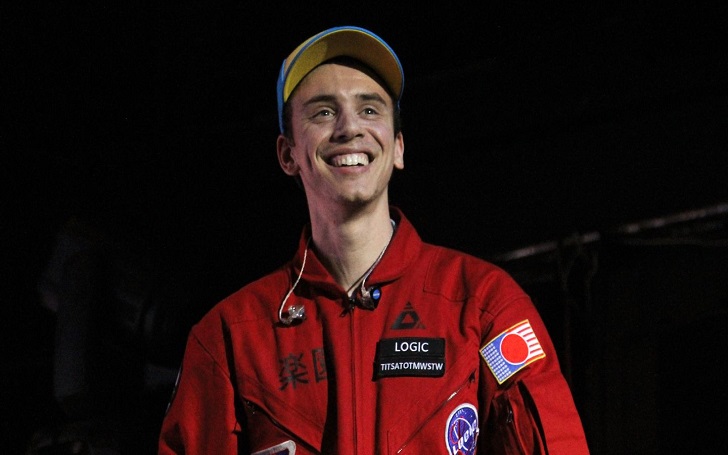 Robert Bryson Hall better known as Logic is an American rapper, singer, songwriter, and music producer. He is also a hip-hop artist and is the member of the Rattpack. In a short span of time, Logic has amassed a strong dedicated group of his fans. And his fans may know everything about him.

But there are still some other personal details and interesting facts which will definitely surprise you. So without any delay, let’s get started.

Robert Bryson Hall was born on 22nd January 1990, in Gaithersburg, Maryland. He was raised in a problematic family, where his mother suffered from drug and alcohol addiction, a father who wasn’t really around and brothers who were drug dealers.

Logic said that he considers marijuana which is a gateway drug and he stopped smoking cigarettes since the day he released album Under Pressure.

2. Logic Never Went To House Party During His School

We know that successful people are not gifted, they just work hard and then succeed on purpose. And in order to achieve everything he that wanted out of music, he stayed away from the teenage social life.

In an interview, he said:

“I don’t do anything but just work hard, I sacrificed a lot of things growing up. To this day, I’ve never been to a house party. All I’ve done since I was young, was hone my craft.”

3. Logic’s album opens with a lot of Double-Time Rapping

The main reason of double-time rapping is just because logic wanted everyone especially his fans to know that- Logic is a spitter, he respects and love hip-hop, and he’s a student of the game. So he opens up with a very beautiful intro, very Kanye-esque in the instrumentation.

“I wanted to hit the nail on the head and fuck them up, in the beginning, like, ‘What am I listening to?

Logic and Jessica’s relationship started in Feb 2015 and they spent nine months together as an unmarried partner before being husband and wife. And they are known as the funniest couple too. Let’s watch this video.

You’ll definitely hear his influence because he wears his inspirations on his sleeve. He said:

He further added that the album is along the lines of good kid, m.A.Ad City more than anything else because it’s a dark story.

For more interesting facts, stay with us Dodoodad.