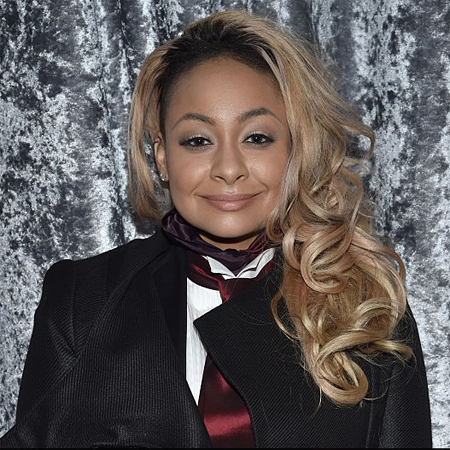 Raven-Symone is an American actress, singer, songwriter, television personality, and producer. She made her acting debut as a child actress in The Cosby Show as Olivia Kendall from 1989 to 1992. She also appeared in several popular movies like The Little Rascals, Secret of the Wings etc.

Raven-Symone was born as Raven-Symoné Christina Pearman on 10th December 1985, in Atlanta, Georgia, United States to father Christopher B. Pearman and mother Lydia Gaulden. She grew up along with her brother Blaize Pearman.

Raven-Symone at a very young age worked for the Atlanta’s Young Faces Inc. A Modeling Agency and many local advertisements. At the age of two, Symone appeared in the adds for Ritz crackers, Jell-O, Fisher-Price, and also for Cool Whip.

Later, Symone was auditioned to appear on the movie of Bill Cosby Ghost Dad (1989) but was considered too young for the role. But Cosby liked her acting and found a small role for Symone in the show The Cosby Show. In that series, Symone played the role of Olivia Kendall from 1989 to 1992.

At the age of seven, in 1992 Symone began her singing career and sang with MCA Records. Well, she released her debut album Here’s to New Dreams on 22nd June 1993, which included two singles entitled “That’s What Little Girls Are Made Of” and “Raven Is the Flavor“.

Likewise, she made her movie debut through The Muppets at Walt Disney World as Little Girl and also starred in other movies like Dr. Dolittle, The Little Rascals etc. Well, Symone got a wide recognization after appearing in the movie The Cheetah Girls 2e.

Along with her acting career, Symone also released her albums entitled This Is My Time (2004) and Raven-Symoné (2008). Recently in 2017, Symone starred in the movie Animal Crackers and also in television series Master of None. These days, she appears on the series Raven’s Home as Raven Lydia Baxter.

Conversely, Symone now is dating a woman. She is an American model AzMarie Livingston. They started dating each other in 2012 but they haven’t revealed if they are getting engaged or married anytime in the future.

Looking at her current relationship, Symone appears to be a lesbian.

Symone is still active in the field of acting since her childhood. Allocating information from several sources, as of 2018, it is found out that Raven Symone current estimated net worth is around $55 million.