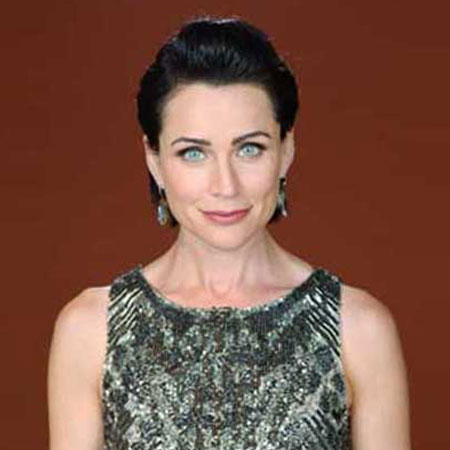 Rena Sofer is an Emmy Award-winning actress who earned a wide recognition form her roles on the popular soap operas, General Hospital and Loving. Correspondingly, she is also better recognized for portraying Judy in the film, Twin Sitters.

Rena tied a knot with Sanford Bookstaver, an American Television Director/ Producer, in 2003. They are blessed with a daughter, Avalon. Previously she was married to Wally Kurth in 1995. They met each other while working on the Soap Opera, General Hospital.

Rena Sherel Sofer was born on 2nd December 1968, in Arcadia, California to American parents. Her father, Martin Sofer was a Conservative Jewish Teacher and mother, Susan Franzblau, a psychology professor. She has a brother named David Sofer.

Rena’s parent divorce while she was at her young age. Right after that, she lived with her father. She attended the Frisch School, a Jewish High School situated in New Jersey. After completing her studies from Frisch, she then joined North Bergen High School and Montclair State College subsequently.

Hardworking, Rena started her career in 1987 in the television series Another World as the role of Joyce Abernathy. She made her first recognition after appearing in the series, General Hospital as Lois Cerullo. For that role, she received a Daytime Emmy Award and Soap Opera Digest Award.

Rena has appeared in several high-profile prime-time television series. Some of them are, Seinfeld, Melrose Place, Friends, Spin City, Blind Justice, Two and A Half Men etc. Besides that, she has also made an appearance in the multiple films including, A Stranger Among us, Twin Sitters, Traffic, The Devil’s Teardrop, Another Man’s wife and so on.

Currently, the diligent American actress is working on the series, The Bold and the Beautiful as a role of Quinn Fuller.

Aged 48, Rena Sofer was previously married to a handsome man, Wally Kurth in 1995. He is an American singer and television performer. The couple met each other while working on the Soap Opera, General Hospital.

After Wally, she tied a knot with an American Television Director/ Producer, Sanford Bookstaver in 2003. The husband and wife have blessed with a daughter, Avalon who was born on 5th August 2005.

Currently, Rena is living a happy life with her husband, Sanford along with her children, Avalon and Rosabel ( Child from 1st relation).

Rena has maintained a decent amount of net worth from her professions. She has been active in the film industry since 1982. Likewise, she has made guest appearances in many television shows which include Royal Pains, Covert Affairs, Beauty and the Beast etc.

Additionally, she also earned a good sum of money from several fashion lines and brands as an endorsement. Allocating information from several sources as of 2018, it is found out that her estimated net worth is around $3 million.