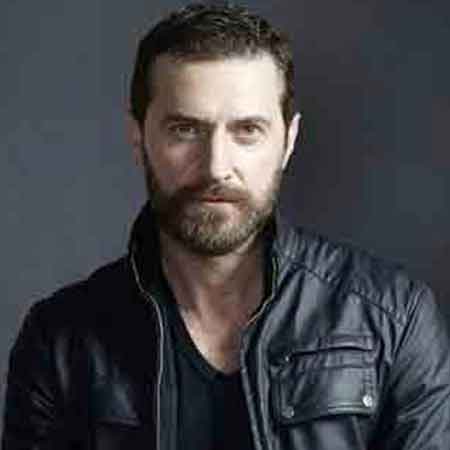 The Saturn Award winner, Richard Armitage is an English film, television, theatre and voice actor. He is widely known for his role as John Thornton in North & South. Likewise, his other notable roles are in Hannibal, The Crucible, The Hobbit etc.

Richard Armitage was born on 22nd August 1971, in Leicester, United Kingdom. He belongs to an British nationality. His mother Margaret Armitage was a secretary and father John Armitage an engineer. Armitage grew up along with his brother, Chris Armitage.

Armitage attended the Huncote Community Primary School and later joined Brockington College for his higher studies. In 1985, he transferred to Pattison College and graduated in 1989. Likewise, Armitage further attended the London Academy of Music and Dramatic Art from 1995-1998.

After his graduation, Richard Armitage began acting career. Armitage made his acting debut through 1992 series, Boon portraying the role of Man in the pub. Since then, he has starred in numerous television series including,

Currently, Armitage stars in the series Berlin Station as Daniel Miller. Similarly, he made his movie debut through Star Wars: Episode I – The Phantom Menace as Naboo fighter pilot. Likewise, his other movie appearances are,

In 2018, Armitage starred in the movie Ocean’s 8 as Claude Becker. Likewise, he will be starring in the movie The Lodge in 2019.

Richard Armitage is not married yet and is currently single. However, the 46 years old Armitage previously dated an actress, Annabel Capper. The couple began dating in 2013 but they failed to continue their relationship and separated in the same year.

Similarly, Armitage next dated a British actress, Samantha Colley. The duo began dating in 2016 and got engaged the same year. Although they were engaged, Armitage and Samantha failed to continue their relationship and finally separated in 2017.

Besides this, Armitage was also once rumored to be in a relationship with an American actor Lee Pace. They were spotted together several times. However, none of them confirmed the relationship.

The multiple-award winner, Richard Armitage is living a lavish life. He has been active in the field of acting since long and has appeared in several movies and television series. Moreover, Armitage has further given voice in several movies.

From his multiple profession, Armitage earns a decent amount of money and currently has an estimated net worth of $13 million. Armitage is less active in social media due to which it is hard to find out his day to day lifestyle.