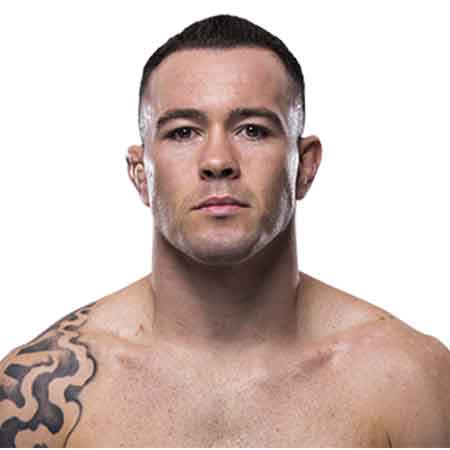 Colby Covington is one of the renowned American professional mixed martial artists who currently competes in the welterweight division of the Ultimate Fighting Championship. Besides, he is now the UFC Interim Welterweight Champion.

Well, in today’s session, we will be revealing detail about this talented and hardworking MMA artist’s personal life as well as career, early life, net worth, salary, lifestyles and much more. Stay with us!!!

Colby Covington was born on February 22, 1988, in Clovis, California, to American parents. He attended the Thurston High School in Oregon where he started wrestling. As a senior, he became the 171lb state champion.

Covington then joined Central Community College and as a freshman, he won the 165 lb national junior college title. However, he was later suspended from the Lowa wrestling program after he was arrested for drunk driving.

After that, he returned to Oregon State University and continued wrestling. He also became All-American and two time-Pac 10 conference champion. Colby Covington completed his education with a Bachelor’s degree in sociology.

Colby Covington made his professional MMA fight debut on February 11, 2012, in Midtown Throwdown3 against Chris Ensley which he won the fight via submission. He then fought with David Hayes, Jason Jackson, Jose Caceres, Jay Ellis, Anying Wang and so on. As of now, he has fought fifteen matches out of which he has won 14 games. He has been only defeated by the Warlley Alves via Submission in UFC 194.

More recently at UFC 25, he fought with Rafael dos Anjos for Walter weight title. He won the fight via Decision.

When it’s about the personal life of this talented MMA fighter, Covington has kept it under a low profile. Till date, there are no any rumors or news of his relationship floating in the air. But scrolling down his Instagram photos, he often posts pictures of himself with several stunning women hanging out. However, neither of them have confirmed their relationship.

Colby’s Instagram says he is fond of girls and hot girls.

Currently, the Welterweight champion mixed martial artist, seems to be concentrating on his MMA career rather than getting involved in love affairs.

Colby Covington makes a decent sum of money from his fighting career. As of now, he has fought almost fifteen fights and has collected a $759,000. His initial earning from UFC is $20,000 and since then his salary has been increasing day by day. More recently, he was paid $380,000 for winning a fight against Rafael dos Anjos.