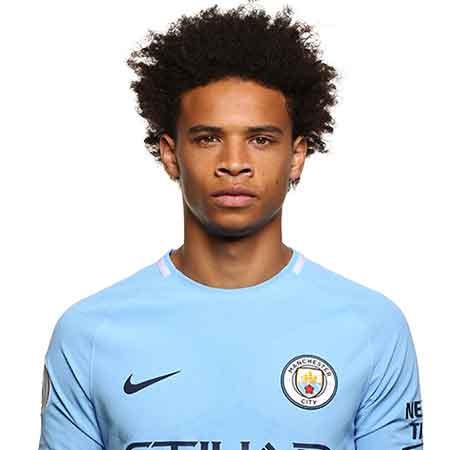 Leroy Sane is a German professional football player who currently plays for the Manchester City and the Germany National Team as the position of Winger wearing a jersey number 19 and 20 respectively. Besides, he is 2017 PFA Young Player of the year and Premier League Player of the Month.

Let’s know detail about this diligent football player’s personal life as well as his career, early life, salary, net worth, lifestyles and much more. Stay with us

Leroy Aziz Sane was born on 11th January 1996, in Essen, Germany, to German parents, Souleymane Sane, father, and Regina Weber, mother. His father was also a football player who played for SG Wattenscheid 09 whereas her mother was the 1984 Summer Olympics bronze medalist, rhythmic gymnast.

Leroy Sane began playing football since his early age. Initially, he played for the youth team of SG Wattenscheid 09. After three years, he then moved to Bayer 04 Leverkusen where he played for a brief time and returned to youth academy of Schalke 04. And that was the team where he started his professional football career.

He signed a three-year professional contract with Schalke 04 in 2014. His amazing football skills became the eye of many people at a brief time. And after playing almost two years with Schalke 04, he joined Premier League football club, Manchester City signing a five-year contract, worth of $37 million. His first goal for the team was against Arsenal.

Leroy Sane keeps his personal life under a low profile. He has not shared much about his current as well as past dating life. He was romantically linked with Candice Brook which came to limelight after they were spotted together out in the public. Candice Brook was previously linked with Rihanna’s ex-boyfriend, Chris Brown.

Well, back in 2017, the couple also shared photos of themselves hugging to each other. Currently, he seems to be focusing on his football career as he has not involved in any other affairs. He and his girlfriend, Candice seems to be living together but they have kept their love life very low profile at this moment.

Leroy Sane makes a handsome amount of salary from his football professions. He signed a five-year contract with Manchester City worth of $37 million. Currently, he received approximately $1 million as a salary from the club.