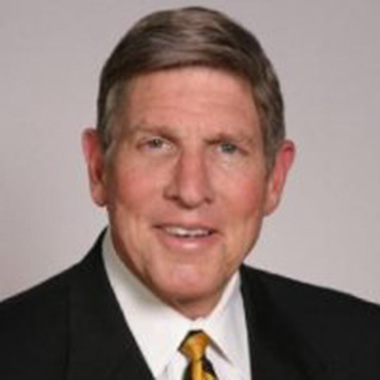 Richard Giannini is former Director of Athletics at University of Southern Mississippi who served in the position for more than 12 years and retired in December 2011. Richard Giannini has been enjoying a career in sports administration, development and sales since 1970. He currently holds the position of a consultant to Conference-USA and several new collegiate bowl games.

Born in the year 1942, Giannini belongs to American Nationality. There is not much information on where he was born and how he spent his childhood.

In 1976, Gianni became director of productions and marketing at the National Collegiate Athletic Association. He also has experience of working in the position of the executive producer for ABC’s weekly College Football Highlight show. Additionally, he looked after the first licensing programs for the NCAA. In 1978, he went back to Florida and served in the position of associate director of athletics. After one year he was promoted to the post of senior associate athletics director and started to look after external affairs.

During his tenure, Mississippi captured 13 Conference USA Championships that included titles in football, basketball, volleyball and baseball. Under his supervision, the football team won 13 consecutive matches and 12 bowl appearances. Under his direction, the baseball team went to 2009 College World Series, and the softball program reaches top 8 in the 1999 and 2000 campaigns.

His depth knowledge into collegiate athletics has led him to serve on several Conference USA committees, and he currently holds the position of chairperson of the Football and Scheduling Committees. Giannini is now married to Gayle. The couple has four daughters named Ansley Stone, Brittney Borbash, Carlyn Linker and DeLancey, They have nine grandchildren. Giannini seems successful in maintaining both his professional and family life parallel. Giannini seems active in Facebook only; there is no any official account under his name on Instagram and Twitter.