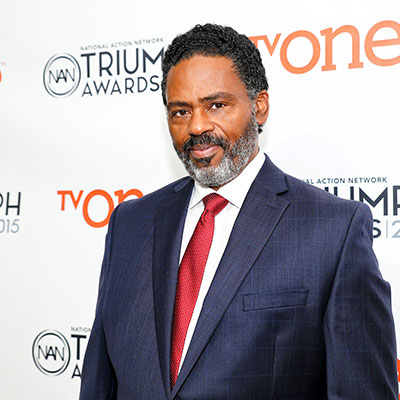 An Ameican actor, Richard Lawson is better known for his role as Ryan in the 1982 film, Poltergeist, and as Dr. Ben Taylor in the 1983 NBC miniseries, V. His other popular roles includes as Uncle Mac in Love for Sale, as David Mackey in The White Shadow and as Officer David McNeil in T. J. Hooker.

Lawson has recently starred in Grey’s Anatomy and In Contempt. Lawson was previously married to wife, Denise Gordy with whom he had a daughter named Bianca Lawson. Well, he is currently married to his second wife, Tina Knowles. To know in details about Lawson’s early life, education, career, awards, achievement, net worth, salary, properties, personal life, relationships, affairs, marriage, children, and divorce, keep scrolling.

Richard Lawson was born on March 7, 1947, in  Loma Linda, California, United States. However, he spent most of his childhood in California and was raised in a middle-class family. Lawson holds an American nationality and belongs to Afro-American descent.

Even being such a popular personality, Lawson hasn’t revealed any information about his parents and siblings. Before pursuing his acting career, Lawson served a tour of duty in the Vietnam War.

Previously, Richard Lawson served a tour of duty in the Vietnam War. Later, he decided to pursue his career on acting and made his debut through 1971 movie, Dirty Harry. After that, he starred in 1973 movie, Scream Blacula Scream and Fox Style.

The same year, Lawson made his television series debut through Shaft and further appeared on Kojak. His breakthrough came after he portrayed the role of Ryan in 1982 movie, Poltergeist. Likewise, Lawson starred in the movies like Streets of Fire, Wag the Dog and Blue Hill Avenue.

Lawson gained further recognization for his portrayal role of Dr. Ben Taylor in 1983 miniseries V.  Moreover, he also starred in the movie, Love for Sale and Black Listed. His other notable roles are in Angry Boys, Dead Like Me etc. Currently, Lawson appears in the television series, In Contempt as Earl Sullivan.

One of the renowned actors, Richard Lawson is married twice in his life. He was previously married to an American film actress, Denise Gordy. The duo tied the knot on the occasion of on New Year’s Eve 1978. The couple welcomed their daughter, Bianca Lawson on March 20, 1979, who is also an actress.

But the things didn’t go well in between the couple so they finally divorced after 11 years of their marriage in 1989. However, none of them has told anything about the reason behind their divorce.

Well, Lawson later began dating his current wife, Tina Knowles in the summer of 2013. Tina is a  fashion designer and mother of singers Solange Knowles and Beyoncé, who is married to Jay-Z. After dating for two years, Lawson and Tina decided to take their relationship to the next level and finally tied the knot on April 12, 2015.

The couple is still living together without facing any rumors of their divorce. On April 13, 2018, the couple celebrated their third marriage anniversary. Tina shared an adorable picture of their wedding on her Instagram. Moreover, the couple does not have any kids and hasn’t mentioned any plans for having kids.

Richard Lawson is still active in the field of acting since long and has starred in numerous movies and television series. From his acting career, Lawson has earned a good sum of money. As of now, Lawson has an estimated net worth of $1 million.