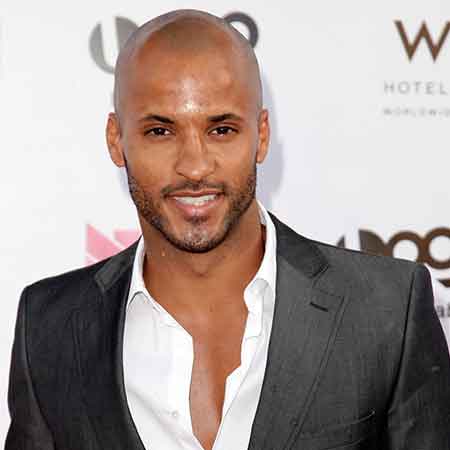 Ricky Whittle is a British actor and model best known for the portrayal of Calvin Valentine in soap opera, Hollyoaks. His other notable roles include Mistresses, The 100, American Gods and many more. The actor has been able to win the hearts of many people.

As for personal titbits, Whittle is in a relationship with girlfriend, Kristina Colonna. The two have been together since 2016. He was also married before this.

A native of Oldham, England, Richard Whittle was born on 31st December 1981, to parents Harry and Maggie Whittle. His father was a member of the Royal Air Force causing, the family to move a lot. He has three younger siblings. Regarding his nationality, Whittle is British. He is of mixed ethnic background, half white and half black.

As for his education, Whittle attended the Southhampton Solent University to study law. He was involved in sports and was scouted by Arsenal and Celtic. However, due to injuries, he could not pursue a career in sports. He did not complete his studies since he got involved in modeling and eventually began his acting career.

Whittle became the face of Reebok in 2000. Then he made his acting debut with the Tv series Dream team in 2002. He appeared in the series for nine seasons. The actor was then cast as Calvin Valentine in soap opera Hollyoaks in 2006 alongside Joseph Gilgun, Nathalie Emmanuel. In 2009, Whittle appeared in BBC reality series Strictly Come Dancing and finished second in the show.

Whittle then tried his hand in American Tv series. He moved to Los Angeles in 2011. Some of his Tv series is listed down below:

Some of Whittle’s movies are as follows:

Whittle currently appears in the lead role, Shadowman in the series American Gods. He stars alongside Pablo Schreiber.  The actor signed with the talent agency William Morris Endeavor on 16th April 2018.

The 36-year-old actor is a divorced man. He is currently in a relationship with model Kristina Colonna. The two began dating in 2016 after meeting in 2015. The two share an adorable bond. They have been spotted together many times. Moreover, Colonna accompanied Whittle for the season premiere of American Gods.

Prior to this, Whittle was dating American actress, Rumer Willis in 2014. The two got separated in the same year. Furthermore, the actor was also in a relationship with actress Jessica Szohr from August 2012 to November 2012.

Whittle also dated his Hollyoaks co-star, Carley Stenson from 2007 before taking their relationship to the next level. The two tied the knot in 2006. However, their marriage did not work out and they ended up getting a divorce in 2009. The two are still good friends to this date. The pair does not have children together.

Well, the actor is now in a happy relationship with Kristina Collona. There have been no rumors of their separation so far.

Whittle has earned a good amount of money from his successful acting career. He has also modeled for different magazines and appeared in numerous Tv series and movies. We can assume that he gets a good sum from the projects. The exact figure for his salary is currently unknown.

Additionally, Ricky Whittle also earns a decent amount of money from his modeling career. He receives a good sum of amount from several fashion lines and brands as an endorsement.

Allocating information from several sources as of 2018 it is found out that his current net worth is estimated to be around $1 million. Furthermore, the actor owns a Mustang GT500 Eleanor. It is a 1967 car which he has recently remodeled. Whittle is living a comfortable lifestyle. He is still active in his acting career. We can expect to see more of him in upcoming days.