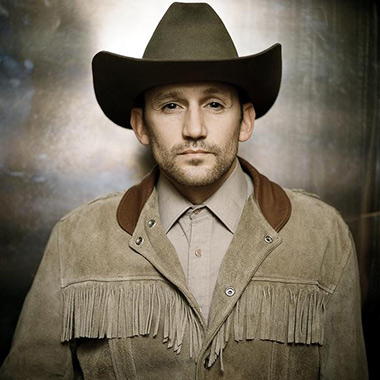 Ridley Bent is a good looking Canadian country singer as well as songwriter. He is known for his singles “I Can’t Turn My Back on the Bottle”, “All the Heat Is in the Whiskey”, “The Most Beautiful Woman Around”, “You Got Lucky”.

Ridley was born on January 1, 1979, in Halifax, Nova Scotia, Canada. He was raised throughout Canada in a military family. In 2000, he launched his musical career.

He signed with MapleMusic Recordings and released his debut album, Blam! In 2005. His debut album consists the taste of country, rock, and hip-hop genres. His album was produced by Chin Injeti. According to Bent himself, his single “Sucidewinder” from the album helped his album to be known. He then signed with Open Road Recordings. On November 27, 2007, he released his second studio album, “Buckles and Boots”. The first single from the album, “Heartland Heartbreak” was successful to reach the Top 30 on the Canadian Country Singles chart. The album was produced by John MacArthur Ellis. The album consists of 11 tracks. His album was rated 3.5 stars out of 5 by Allmusic and PopMatters rated his album 8 stars out of 10. In 2009, he released his video for the single “Arlington”. The video was directed by Christopher Mills.

On June 15, 2010, his third studio album, “Rabbit on My Wheel” was released by Open Road Recordings. The singles from his album received regular airplay on mainstream country radio stations. He wanted to title the album “Good Lookin’ Country” as a tribute to George Jones. The album consists a cover of Dickey Lee’s written song “She Thinks I Still Care”. In 1962, it was made famous by George Jones. He went on a tour to support his album as an opening for Emerson Drive on the Western leg of their Decade and Driving tour. The tour was crowded with 500 people per night in an average. His album was given a positive review by Kerry Doole of Exclaim! According to Doole, the album is “a bright light on the oft-dull landscape of conventional Canadian country”. Herohill also gave positive response for his album. The album consists of 12 tracks.

His single “I Can’t Turn My Back on the Bottle” from the album was released on April 26, 2010. In October 2010, he released his another single “Love Car”. On December 6, 2010, his next single “All the Heat is in the Whiskey” for the album was released. On February 14, 2011, he released his single “Living with Her Ex” for the album. On April 29, 2014, his another studio album, “Wildcard” was released by Americana North. The singles from the album are “The Most Beautiful Woman Around” and “You Got Lucky”. “You Got Lucky” is the cover of Tom Petty and the Heartbreakers’ album, “Long After Dark”.