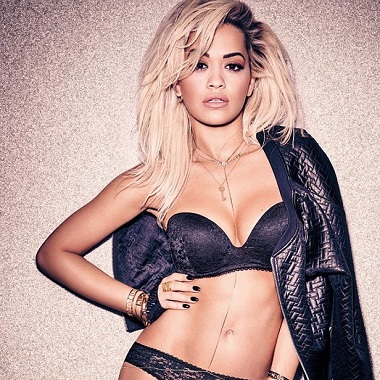 The Glamour award winner for Solo Artist, Rita Ora is a famous British singer and actress, best known for featuring DJ Fresh’s single “Hot Right Now.” She is also recognized as a coach on the fourth series of “The Voice UK,” and a judge of the X-Factor in twelfth series(2015). She is also associated with the brand  “Adidas Originals” as a fashion designer.

Rita Ora (Rita Sahatciu) was born on 26th November 1990 in Pristina, SFR Yugoslavia (Kosovo). Her parents were Albania, mother, Vera (Bajraktari) is a psychiatrist and her father, Besnik Sahatciu, an economist and pub owner. She has a brother, Don and a sister, Elena. 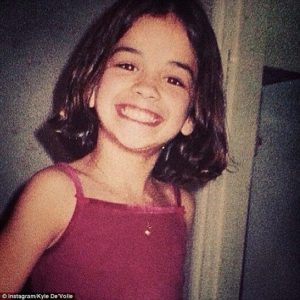 Rita Ora was only one year old when her parents came to London, England. Due to a political issue, they left Kosovo and Rita was raised in Portobello Roads in West London. She joined St. Cuthbert with St. Matthias Primary School in Earls Court. She enrolled in performing arts school, Sylvia Young Theatre School for graduation. She loves singing since her childhood days.

Rita started her career as a singer in 2007, performing in open mic session around London and also in her father’s pub. She released her debut music on Craig’s David title track “Awkward” in 2007. In 2008, she released a music “Where’s Your Love”. However, she was not officially credited for both tracks.

Rita Ora featured as backing Vocalist on two songs of James Morrison‘s album “Songs For You” and “Truths For Me“. She also entered as a British Contestant for “Eurovision Song Contest” in 2009. But, after a few episodes, she withdrew from the show because she felt that, that was not perfect platform for her career. She always wanted to be a solo artist. So, her manager, Sarah Stennett inspired her to sign American label, Roc Nation, as first signees for recording and publishing deal in December 2008.

But, after a few episodes, she withdrew from the show because she felt that, that was not perfect platform for her career. She always wanted to be a solo artist. So, her manager, Sarah Stennett inspired her to sign American label, Roc Nation, as first signees for recording and publishing deal in December 2008.

IN 2011, Rita released a video and covers of her debut album on Youtube, which caught the attention of DJ Fresh who was seeking for a female vocalist for “Hot Right Now”.

Rita became more popular from her mini concert US tour, “Ora Tour”. In January 2013, she also had a UK tour, “Radioactive Tour”, supporting her debut album.

Rita Ora was a part of television role when she was only thirteen in British Drama Series, “The Brief”. She also appeared in British movie”Spivs” as Albania Immigrant in 2004.

Rita’s movie includes “Fast and Furious 6” where she starred as race caller in the movie. In 2015, she portrayed the role of Christian Grey’s sister as Mia in “Fisty Shades Of Grey” which was the film adaptation of the best-selling novel.

Rita Ora has contributed in the various commercial sector. She is active in endorsement since 2010. She was commercially featured for Skull Candy headphones.In 2013, she appeared as the face of Italian Sneaker brand, “Superga” also of the clothing line designed by Madonna ” Material Girl”.

Moreover, In 2014, she was the face of label’s fragrance, DKNY, My NY, Newyork and also of the Roberto Cavalli,” Autumn Winter Campaign”. In 2015, she appeared in Coca-Cola and Samsung Galaxy S6, advertising campaign.

Furthermore, Rita designed her collection for the Adidas Brand which includes footwear and accessories. She has collaborated with Italian fashion brand, “Tezenis”.

In addition, she also appeared as guest judge on the ninth series of the X-factor on the U.K. Rita also hosted BBC Radio 1st Teen Awards in 2013 and 2014.In 2015, she was also the coach on the fourth series of the “The Voice UK” on BBC One. 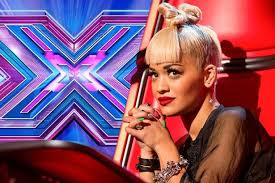 Rita Ora as a judge in the popular show “X-Factor”.
SOURCE: X-Factor

Rita Ora, the renowned singer has achieved many awards which contribute the success in her career. “How do we party”, released on August 12, 2012, became popular and was ranked as number one in UK and Ireland. After debuting at the top of UK Albums chart, she was nominated for Best New Artist, Push Artist, and Best UK/Ireland Act at 2012 MTV Europe Music Awards.

She was nominated at 2013 Brit Awards, which also includes “Brit Award For British Breakthrough Act”. Rita was nominated for Urban Music Award in 2012 in nine different categories and won the award as “Artist of the year”.

The stunning and successful singer and actress, Rita Ora started dating with her boyfriend Cavin Harris, popular Dj from Scotland. The lovely pair united in 2013 but after a year, on June 2014 they got separated. 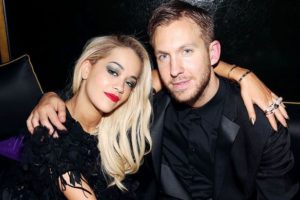 Rita Ora and her boyfriend, Cavin Harris at romantic date before their split
Source:mirror.co

Rita Ora again find her love within 1 month of her break up with Cavin Harris. She falls in love with Richard Hilfiger (Ricky Hill), best known as American Rapper and also the son of famous fashion designer, Tommy Hilfiger. 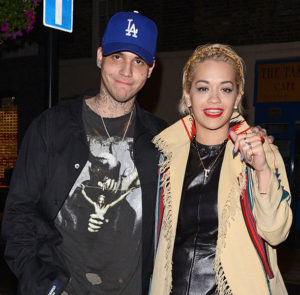 They started romantic date from July 2014. Their love goes that much deep that, Rita once said in an interview that she wanted to marry soon with the love of her life. Unfortunately, their love didn’t go long and destined. They partitioned from each other after year relationship in July 2015.

Rita Ora is currently spotted in boozy date with Brooklyn Beckham, son of David Beckham and Victoria Beckham. They enjoyed a lot in the night out in London.Brooklyn is only eighteen years old. Despite being eight years older than him, Rita shared quality times with Brooklyn in the weekend. 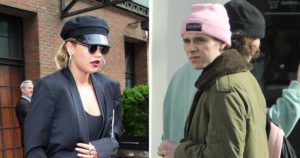 The 26 years old Rita Ora is the admirer of Rihanna and Beyonce. She loves to be glamorous and find herself beautiful in red lipsticks. She usually involved herself in various charity, especially related to women empowerment, cancer research also for the youth of Kosovo. Rita, herself also was a sufferer of breast cancer when she was 15 years old. Nevertheless, she overcomes after diagnosed. She is a strong lady who is successful and famous globally.

As an established, singer, songwriter, and actress, she earns an attractive salary. She has collected huge amount of wealth from her profession. She is living a lavish life in the United Kingdom. As of 2017 estimation, her net worth is $ 16 million.