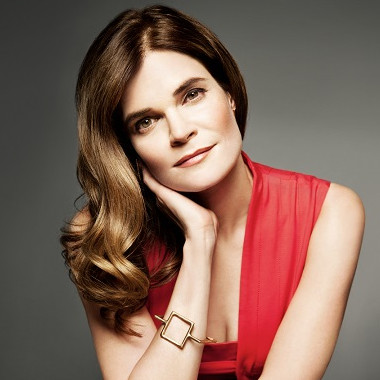 Betsy Ann Brandt was born on November 14, 1973, in Bay City, Michigan. She is the daughter of Janet, a teacher, and Gary, an electrician. She attended Bay City Western High School in Auburn, Michigan and graduated from there in 1991. From an early age, Brandt developed an interest in theater, directing stage musical and appeared in various school productions.

After winning the lead in a high school production of Exit the Body, she shifted her focus to acting. She gained her BFA in acting from the University of Illinois at Urbana–Champaign in 1996. She studied theater at Harvard University’s Institute for Advanced Theater Training and the Royal Scottish Academy of Music and Drama, Glasgow.

Soon after graduation, Brandt went to Seattle, WA, and worked in a theater and has acted in performances of Much Ado About Nothing with the Arizona Theatre Company; Control+Alt+Delete with the San Jose Repertory Theatre; Beth Henley’s Ridiculous Fraud; Julia Cho’s The Language Archive with South Coast Repertory, and Next Fall with Geffen Playhouse.

Betsy began her acting career appearing in short film “Confidence” in 1998. Later, she eventually shifted to Los Angeles, where she landed a guest role on ER (NBC, 1994–2009) and NCIS (CBS, 2003– ), among other series. In 2004, she was top-billed in the indie comedy film “Shelf Life“, as a rebellious young woman who takes a job at a small town library after a stint in rehab.

In 2012, she was cast as Sandy in “Parenthood” which was developed by Jason Katims. She was also cast as Annie Henry on “The Michael J. Fox Show” from 2013–2014. Her performance was met with overwhelmingly positive reviews.

Currently, she co-stars in the CBS sitcom “Life in Pieces” since 2015.The series chronicles the lives of three generations of the Short family – parents John and Joan (James Brolin and Diane Wiest), their adult children Heather (Betsy Brandt), Matt (Thomas Sadoski) and Greg (Colin Hanks). Each episode is shown as four short stories, one for each branch of the Short family.

Betsy Brandt is a happily married woman. Betsy and Grady Olsen has been married since 1996 and has two children together named Josephine Olsen and Freddie Olsen. During her time at Breaking Bad, she was pregnant with her second child, who was born in 2008. 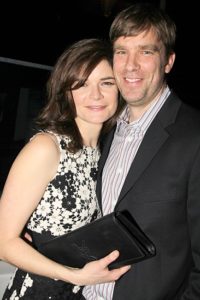 Brandt and her family reside in Los Angeles, California. ? The ?5′ 8″, actress earns her salary from her acting career which adds up her current net worth of $4 Million. She holds an American nationality and belongs to white ethnicity. She is also active on social networking sites like Facebook, Twitter, and Instagram.