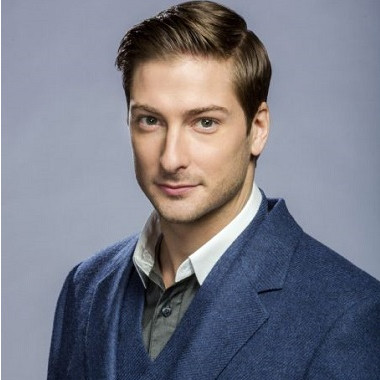 Daniel Lissing is an Australian actor, who has played Conrad De Groot in Crownies in 2011. He has appeared in American military drama Last Resort and starred as Jack Thornton in When Calls the Heart.

Daniel Lissing was born on October 4, 1981, in Sydney, Australia and was raised on the beaches of Sydney. His father, Jerry Lissing owns a Navy Canteens in Darwin, Northern Territory, Australia; while his mother Inge Christophers, works for Feros Care, a non-profit organization that helps older people to live their life, their way.

Prior to landing a role in the United States, Lissing has already earned fame in the Australian film industry. He appeared in the successful Australian series Home and Away as a guest in 2006, where he played the firefighter Dave Elder. In 2011, he had a recurring role in Crownies as Conard De Groot, the finance of the lawyer Tatum Novak, until the end of the series the same year.

Lissing landed his first U.S role in 2012 on ABC’s Last Resort (2012), where he played Petty Officer James King of the U.S Navy and a Navy SEAL.That same year he played in The Cure as Ryan Earl, a member of a research team that he feels he deserves greater recognition and fame. A couple years later, he went on to star in Hallmark’s When Calls the Heart (2014) as Jack Thornton. Lissing played Seth alongside Jessica Lowndes, in Hallmark Channel’s A December Bride in 2016.

Reportedly, Daniel Lissing is in a romantic relationship with his When Calls the Heart co-star Erin Krakow. However, the two denied the fact that they are not dating and are just friends. Lissing is not yet married and currently lives in Los Angeles, California in an apartment with his family. He has kept his personal life as confidential as his early life and doesn’t prefer speaking about his personal life in public due to which paparazzi have never stopped chasing him. He has maintained privacy about his girlfriend or

He has kept his personal life as confidential as his early life and doesn’t prefer speaking about his personal life in public due to which paparazzi have never stopped chasing him. He has maintained privacy about his girlfriend or affair and has not revealed any of his private matter in media. 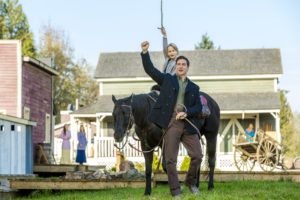 As of 2017, Daniel Lissing has an estimated net worth of $ 200,000. He also has a horse farm and has invested some amounts there. Apart from acting, he has worked for some nonprofit organizations and charitable funds. Lissing also has a keen interest in singing and has posted some of his videos on YouTube covering various songs.