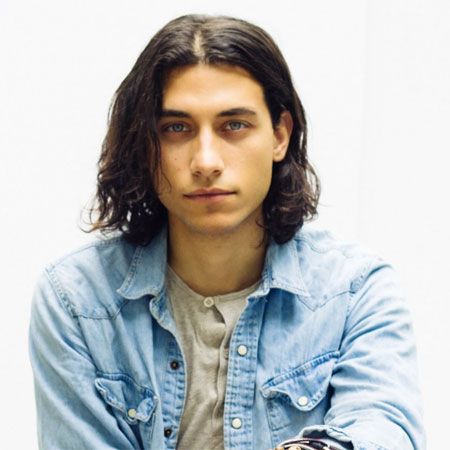 Robert Joseph Raco a.k.a. Rob Raco is a Canadian actor, model, and professional drummer. He is widely recognized for playing the role, Joaquin DeSantos in the CW drama, Riverdale and Clark Barker in Tv Series Supernatural. Moreover, he is a co-owner of the Canadian custom drum manufacturer Essex County Drums.

As of 2019, Rob Raco has an estimated net worth of $500,000. He was rumored to be gay after featuring in CW’s Riverdale. But that’s just a rumor, currently, he is in a relationship with his girlfriend Emily Bett Rickards.

As of 2019, Rob Raco has an estimated net worth of $500,000. The significant source of his income is his acting career. Besides, he adds a decent sum to his net worth through his career as a musician and model.

According to the source, Raco made $40,000 per episode starring as Joaquin DeSantos in the series, Riverdale. Furthermore, he also starred in dark fantasy television series, Supernatural, from which he is sure to have summoned five digit figure per episode.

However, the hunk has not revealed any information about his house and car owned by him. Analyzing his socials, he often visits worlds expensive holiday destination during his vacation and carries branded gadgets which indicate his lavish lifestyle.

Robert Raco was rumored to be gay. The rumors began to buzz when he played the role as Joaquin DeSantos, aka Kevin Keller‘s boyfriend, on CW’s Riverdale.

Latter the buzz cooled down after his fans discovered he is involved in a romantic relationship with his girlfriend, Emily Bett Rickards. However, the lovebird has maintained their love life in low key. There is no information when the duo met and started dating.

Apart from this, there is no information regarding his past affairs, wife or married. Though his millions of fans are regularly following him, he still manages to keep everything locked in the box.

Robert Raco made his acting debut playing as Clark Barker on TV series, Supernatural in 2005. His breakthrough role came when he starred in the highly awaited live-action version of Archie comic’s, CW’s, Riverdale in 2017.

Rob Raco played Joaquin DeSantos, a youngest mysterious member of the Serpents who embarked on a relationship with Kevin (Casey Cott). In this series, Robert Raco appeared with the star Robin Givens. In 2017, the series won the Teen Choice Drama Award.

Congratulations to the entire cast and crew of #Riverdale for winning the #ChoiceDramaTVShow Award! #TeenChoice pic.twitter.com/okkH7hpYfU

Besides that, Robert Raco also appeared in a short film named Wasted Bliss, about a terminally ill man. His other credits include My Crazy Love (2014), Beyond the Lights (2014), and Ted 2 (2015). Rob’s upcoming role include the thriller Hammer of the Gods.

Moreover, Robert Raco is a professional drummer. He played for over 15 years with various acts touring. Furthermore, he co-owns the Canadian custom drum manufacturer, Essex County Drums with his father. They established the company in 2005.

Robert Joseph Raco was born on 26th November 1989, in Windsor, Ontario, Canada. He is the son of Linda, a visual artist and John Raco (a civil engineer, and musical drum builder). He grew up with his older sister, Argelia in Windsor.

Rob took an interest in drumming from his childhood. Later, he recorded and toured professionally under various Canadian musical groups. He studied under the training of legendary acting coach, Eric Morris.