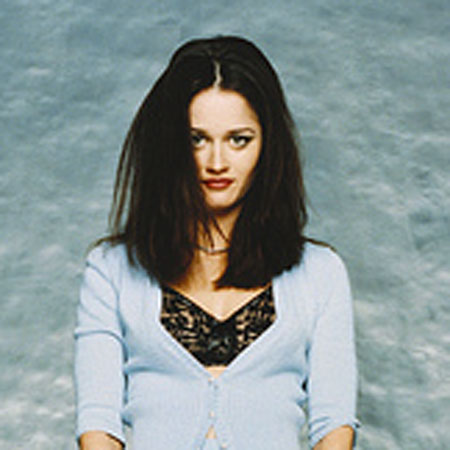 Robin Tunney is an American actress, better known for portraying a role as Teresa Lisbon in the television series, The Mentalist. Similarly, she is one of the leading actresses of the Prison Break where she played a role of Veronica Donovan.

Robin was previously married to husband, Bob Gosse. After her divorce with the first husband, she was linked with an Australian writer and director, Andrew Dominik. She also dated few of her past boyfriends.

Robin Tunney was born on 19th June 1972, in Chicago, Illinois. She is a daughter of a car salesman father, Patrick Tunney and a bartender mother, Cathy Tunney. She has a brother; Patrick Tunney Jr. and sister; Susan Tunney.

A wide bang was very chic at that moment. One of my many #badhaircuts

Robin completed her primary education at the Carl Sandburg High School in Orland Park. Later on, she joined Chicago Academy where she studied arts.

With the aim of being an actress, she started acting career in the year of 1992 making an appearance in the television series and film, Perry Mason: The Case of Reckless Romeo and Encino Man respectively.

However, Robin gained a huge appreciation from her admirers after portraying a role of a suicidal teenager in Empire Records, and a witch in the craft. As of now, she has appeared in the numbers of series and films including The Twilight Zone, Prison Break, The Mentalist, My All American, Open Window, Paparazzi, and so on.

Currently, Robin has not made any onscreen appearance. She might be working for her upcoming movies and might be coming up with a new appearance. Let’s hope to see her soon.

Robin was previously married to Bob Gosse in 1997 who is an American film producer, film director, and actor. The couple met each other while working together for the movie Niagara. However, the couple separated after living together for almost five years. They finalized their divorce in 2006. After the divorce with Bob, she linked up with an Australian writer and director, Andrew Dominik. He is best recognized for directing, Killing Them Softly. The pair got engaged in 2009 but unfortunately called off their engagement after a year.

She then started an affair with an American artist, Page Hamilton who was the frontman of the alternative metal band, Helmet. However, their relationship lasted for about two years.

Currently, Robin is in the relationship with an interior designer, Nicky Marmet. The couple got engaged on 25th December 2012, in Rio de Janeiro. They are blessed with a son, Oscar Holly Marmet who was born on 23rd June 2016.

Beautiful and talented, Robin Tunney made an onscreen appearance at the age of 19 in films and television series Encino Man and Perry Mason: The Case of Reckless Romeo respectively.

Later on, Tunney made numbers of appearance where she won MTV Movie Awards, Volvi Cup, Boston Film Festival, and People’s Choice Awards for her leading role.

Robin seems like dog lover as she often posts various dogs photo on her Instagram account such as chihuahua, bulldog. Those dogs cost begin at $1500. More recently, she has kept her $1,399,000 house on sale situated in Los Angeles, California.

Reunited and it feels so good.

Robin earns a handsome salary from her acting professions. Apart from that, she is also a poker player and has won several celebrity competitions. Allocating information from several sources as of 2018, it is found out that Robin Tunner current estimated net worth is estimated to be around $4 million.