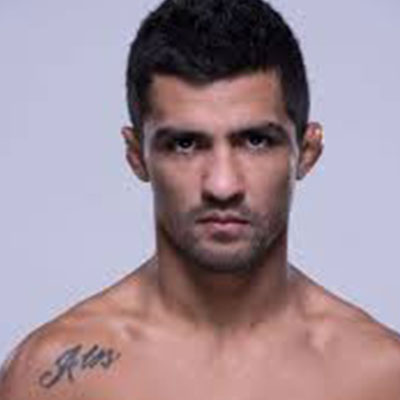 Ronaldo Candido de Oliveira is a Brazilian mixed martial arts fighter whose all wins are via submission. He is popular by his nickname Pac-Man. He is ranked 101 in current best MMA Flyweight Fighter.

Ronaldo is deeply religious. He is currently single at the moment. No any details of his past relationships have been ousted yet.  Let’s know all about Ronaldo’s early life, career, education, relationship, net worth, marriage, couple affairs, life, salary, and much more.

Oliveira was born in Sao Jose dos Campos, Sao Paulo, Brazil on March 24th, 1989. He was born in the family with struggling finances. His job during teenage years was in a car wash. And at 18 he got himself into Brazilian Air Force.

????Happy Birthday to me???? I born 29 years ago. I just thank you God for every step, every difficulty I went through. I am a blessed person, I have the best ones by my side. Thank you all for the affection and messages. “Always believe in your dreams and never stop fighting!” pic.twitter.com/98Lm4RXXJM

Due to his family’s struggling background, Ronaldo couldn’t get himself enrolled in college.

Candido started to play in professional MMA fights in 2013. On March 9th, 2013 he made his debut facing Diogo Jose Bento at NCF – Nitrix Champion Fight 14, he won the match with a rear naked choke submission.

Oliveria was matched up against Bruno Suema at Shooto-Brazil 57, which he won by a guillotine choke submission.

His streak of six wins was broke by Carlos Candelario at the DWTNCS – Dana White’s Tuesday Night Contender Series 4 by a unanimous decision.

Ronaldo has fought in pro-exhibition as well. His first pro-exhibition was on July 18th, 2016 with Jaime Alvarez at UFC – The Ultimate Fighter Season 24 Opening Round, Day 3. Candido won the match by rear naked choke submission. His next bout was on July 27th, 2016 against Eric Shelton at UFC – The Ultimate Fighter Season 24 Quarterfinals, Day 2. He lost the bout via unanimous decision.

Ronaldo is deeply religious. He cites Jesus was his ultimate hero. Ronaldo’s inspiration is the legend of MMA Jose Aldo Junior. He spends most of his time at the training. He trains three times a day. He trains with boxing pad in the morning, conditioning and BJJ training with the MMA.

He spars MMA on Tuesday and Thursday. He also trains in kickboxing and wrestling. He got into MMA to change his life after he won his world titles at the Jiu-Jitsu. He is a former the former South American Shooto Champion.

Ronaldo Candido has a black belt in Brazilian Jiu-Jitsu and his favorite striking technique is boxing.

Ronaldo appears to be single at the moment.

Ronaldo Candido has not yet revealed his net worth, salary or earning. But being a world-class MMA fighter who is currently signed to UFC he must be earning a good amount of money.

He is also the founder of the Ronaldo Candido Academy which teaches BJJ. He must be earning quite a sum from the classes too. He owns an Italian Grey Hound which costs about $900-$1000 USD.